Craic in the cities

WHEN it comes to cities, Ireland’s may be small, but there’s no shortage of things to do and unique experiences.

No matter where visitors stop off on their tour through Ireland, one thing is guaranteed, and that’s the locals will want them to have “the craic” and an experience that will live with them forever.

Visitors can follow in the footsteps of Vikings in Waterford in the southeast, a medieval city that became the home of the world-renowned Waterford Crystal brand which has been crafting crystal creations since 1783. 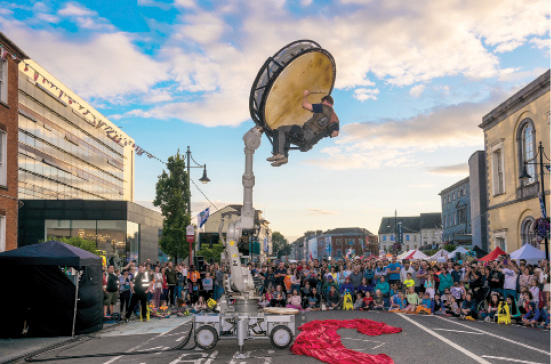 Waterford hosts the annual Spraoi International Street Arts Festival, named after the Irish word for ‘fun’, which delivers an opportunity for visitors to experience the city’s burgeoning food scene while enjoying cultural performance as they walk through the city.

For those travelling north along the island’s east coast, Newry has become the gateway to the North, less than 8km from the border between Northern Ireland and the Republic.

Once the home of St Patrick, the city is close to Game of Thrones territory and the splendour of the Mourne Mountains and stunning Ring of Gullion.

With a history of human settlement stretching back more than 6,000 years, Newry has evolved into a key commercial city, becoming a shopping Mecca for people from across the island.