Members basked in the group’s Australian Federation of Travel Agents (AFTA) Best Travel Agency Group (with more than 50 outlets) triumph with a champions-themed welcome party at the National Wine Centre of Australia. 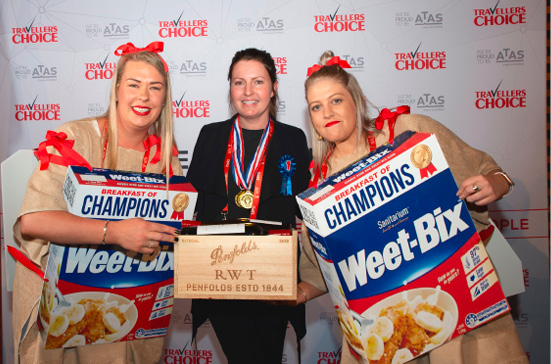 Fancy dress winners of the conference welcome function, themed ‘We are the Champions’.

Putting themselves on track to repeat the success, Travellers Choice Managing Director Christian Hunter announced the roll-out of TC One, a booking platform that will provide members with an on/offline system to compete with online travel aggregators like Expedia and Booking.com.

Hunter said the agency-branded platform would “revolutionise” the network’s ability to recapture business that has been leaking outside its preferred suppliers.

“In the short-term it’s going to provide members with a solution to a major issue that we have as a network,” he said.

“That is the ability to compete in that dynamic hotel space.

“We have existing preferred partners who are capturing some of the business, yet the vast majority is leaking and this is the perfect solution to do that.”

Hunter said the initial roll-out of the platform was focused on hotels and activities, but he hoped to have all TC’s preferred product offering available on TC One over the next 12 months.

Hunter told delegates that trials of TC One, comparing it to aggregators had found bookings that were in some instances up to 30% cheaper on the new platform.

He added it would allow TC members to engage with customers being able to engage in a way that suits them, while commissions will flow back to the agency. 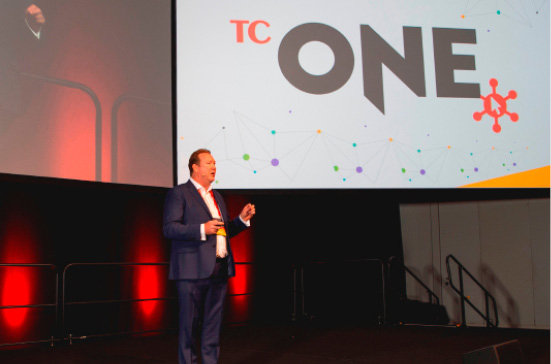 Travellers Choice Managing Director Christian Hunter announces the launch of the TC One.

Speaking with travelBulletin, Hunter said TC Pro aimed to give members and their staff the tools to become “better business people” by having easy access to career development training.

“The members will go to lots of supplier training events, which are very much product-driven and supplier-led.

“But TC Pro is looking at more general business skills, so helping their staff to become better business people.”

The ACT-based agency led by owner, Michelle Everson, became inaugural winner of the gong, which is designed to recognise a member who has had outstanding success in their individual agency business, demonstrated notable achievements for the group’s performance and is highly engaged with the broad spectrum of services that Travellers Choice offers.

As part of the award, Everson took home a $3,000 Travellers Choice service grant and an invitation to a peer-to-peer networking event Travellers Choice will host in Sydney next July, ahead of the 2020 NTIAs, which she will also receive a ticket to.

Perth’s City Beach Travel and Cruise took out the Travellers Choice Leading Cruise Agency Award, with Senior Consultant Michelle Hancock accepting the prize, which included a $1,000 service grant invites to the group’s networking session and a seat at the NTIAs.

The network also rewarded its top 30 members with Gold, Silver and Bronze awards, including famils, service grants and access to the Travellers Choice networking event. 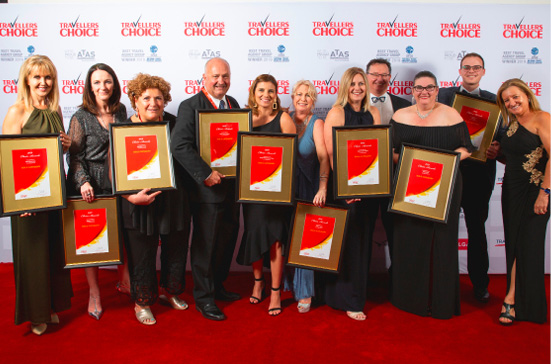