Armageddon has arrived – but is a phoenix in the wings?

The travel industry’s weeping, wailing and gnashing of teeth at last week’s $1.2 billion aviation and tourism funding package was entirely predictable – as was the government’s utterly blunt-instrument approach to supporting industries which continue to be battered by international border closures. Qantas was happy to provide the backdrop for the announcement, which saw Prime Minister Scott Morrison climb into the cockpit of an A330 at Sydney Airport complete with a “ticket to the future” for the tourism industry as he announced 800,000 half-price fares to a range of domestic destinations.

And no wonder Qantas CEO Alan Joyce backed the plan, which some commentators have only half-jokingly described as the “Qantaskeeper” package. As well as funding half price tickets (what is a half price ticket to a leisure destination anyway – I always thought they were dynamically priced based on yield management and demand?) the package included money for Qantas and its drastically weakened rival Virgin Australia to keep their international fleets “on standby” so they can be ramped up quickly in the event that politicians get off their hands and actually start to get international borders open.

Don’t get me wrong – there was also money for travel agents, in the form of another round of the previous COVID-19 Consumer Travel Support Program.

Good news, and the industry should not look a gift horse in the mouth, but the reality is that as the cold hard truth of JobKeeper’s inevitable demise in two week’s time sinks in, any money that this program delivers will simply go to pay staff redundancies and entitlements.

In the short term there are dark days ahead for the industry, and my guess is that given this $1.2 billion in overall funding, ongoing promises by our industry organisations to push for further support to keep staff employed are extremely likely to fall on deaf political ears.

The funding package also included an extension of Government-backed loan programs – all good news for travel businesses which are happy to borrow to ride out the upcoming few months, but still requiring us to all jump through hoops with banks and bet on the future. But as Treasurer Josh Frydenberg said at the announcement of the package, the government is “backing businesses that want to back themselves”. There’s no doubt that the overall funding package actually pleases nobody, but equally perhaps we have been expecting a little too much from our politicians. Believe me, I absolutely feel that the funding package and its blatant support for airlines is bitterly disappointing, and the end of JobKeeper is going to cause an industry bloodbath, but in the end, as Bill Gates once famously said, “Life is not fair. Get used to it”. 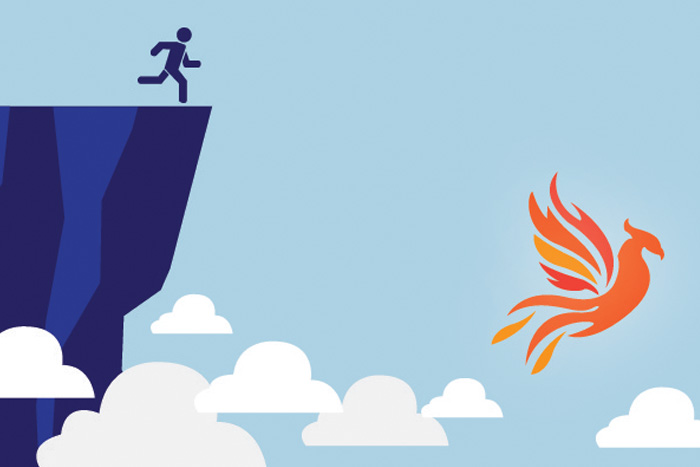 So that is what we must do – get used to it. Yes, JobKeeper is ending. Yes, employers will be forced to make tough decisions – or have already done so. Yes, the industry is approaching a cliff on 01 April (April Fool’s Day – how appropriate!). These facts are indisputable, so we must now make the best of the situation that faces us.

Amid all this doom and gloom, however, there is some hope beginning to appear. This week’s News Corp Australia travel spending statistics showed a significant uplift in consumer confidence, with the best result since the pandemic hit.

All domestic borders within Australia are finally open – and the disappearance of JobKeeper, while agonising for the travel industry, also makes it much harder for recalcitrant state premiers to close their borders again.

The long-awaited Western Australia election is over, with Mark McGowan’s landslide victory meaning he may be a little more willing to embrace political risk and open things up. A domestic cruise season – particularly for small expedition ships – looks more and more likely to become a reality, and the vaccine rollout is proceeding.

When the pandemic hit, I felt like I had been knocked for six. But a year on, I’m still alive, our business is still operating (albeit on a smaller scale) and every day there is some progress being made. Let’s lift our eyes from the minutiae of the day-to-day bad news stories and look at the bigger picture, because having gone through this ordeal I believe our industry will rise from the ashes – like a phoenix, looking different but with a literal world of new possibilities at our feet.