Airports and airlines remain at loggerheads

THE chasm between Australian airports and airlines is no closer to being bridged after the Productivity Commission (PC) handed down a draft report which endorsed existing airport regulations. The report found that the four airports monitored — Sydney, Melbourne, Brisbane and Perth — had not exercised their market power to their advantage, this despite claims from airlines that “monopoly airports” had acted unfairly in regard to pricing and negotiating disputes with a range of airport users.

The PC’s findings contend each airport generated returns sufficient to promote investment while not earning excessive profit and most of the airports’ operational and financial performance was within “reasonable bounds”.

Airline industry groups such as Airlines for Australia and New Zealand (A4ANZ) and the Board of Airline Representatives of Australia (BARA) slammed the conclusions, with the former calling for an urgent rethink by the Productivity Commission, stating “It beggars belief that the PC could simply set aside such highly credible evidence from experts both in Australia and internationally in their choice not to suggest real change”.

“The Australian public knows there is an enormous problem with our monopoly airports. They are the ones paying for it,” said A4ANZ Chair Professor Graeme Samuel.

“This report — unusually for the PC — appears to ignore important evidence clearly showing this, from credible sources,” he added.

BARA also weighed in, adding it was “disappointed and surprised [the report] downplayed the problems international airlines have with the provision, management and pricing of airport services”.

“BARA has spent a disproportionate amount of its time dealing with the airport operators’ ambit-claim commercial terms, rather than focusing on the improvements necessary to deliver better service outcomes,” BARA Executive Director Barry Abrams added.

The Commission did however flag concerns about some aspects of the airports’ performance, and questioned whether some clauses in contracts between airports and airlines were anticompetitive, citing a recommendation for the four airports to be required to separately report revenues and costs of providing domestic and international services to airlines. 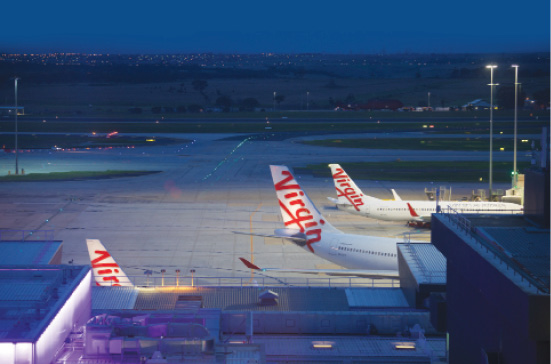