Louise Wallace investigates the industry's division on the current state of play on travel agent training, with some experts saying professionalism is plummeting - a claim strongly refuted by AFTA Education & Training. 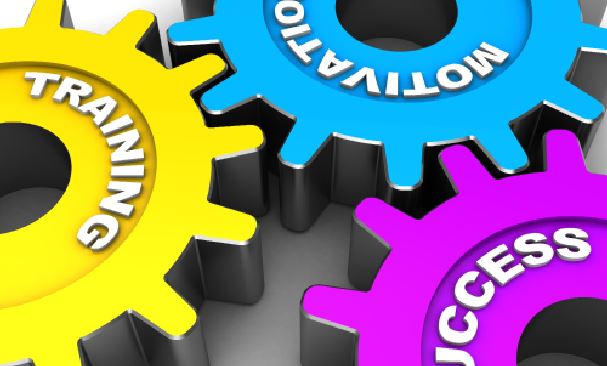 The industry remains divided on the current state of play on travel agent training, with some experts saying professionalism is plummeting – a claim strongly refuted by AFTA Education & Training.

In an extensive interview with travelBulletin, Wildlife Safari managing director Trevor Fernandes brought training to the foreground, claiming that quality standards have nose-dived in the absence of mandatory training schemes which went out in the late nineties. With no onus on consultants to attend product training or complete approved training modules, he claimed that “stupidity has rocketed”.

“Training was once seen as being essential because people had to prove their qualifications and maintain a certain level, but that is now a thing of the past. How can we now say we’re a profession when not everyone is a professional?”

Openly discussing his frustrations after stepping down from the CATO committee last month, Fernandes also claimed that a number of operators were finding it difficult to encourage agents to attend training workshops unless they put on “lavish affairs” with an expensive food and beverage package.

“Standards are dropping. The problem is that more people should watch ABC’s Q&A program rather than MasterChef,” he said. “We used to spend a lot of time and money doing these things, but it’s just not valued anymore.”

InPlace Recruitment managing director Sandra Chiles echoed much the same sentiment, claiming that the industry has taken a “backward step” as training processes have softened over the years.

“People used to have to stamp brochures for two years to acquire the knowledge to sell travel, and now that role doesn’t exist. Agents no longer need any qualifications to sell which is a real cause for concern,” she said.

“You shouldn’t be taking people’s money if you don’t have the qualifications; it’s as simple as that. It is not servicing the customer in a professional manner. As an industry, we have easily gone backwards 30 years.”
While Chiles and Fernandes share strong views on the need for training improvements, their ideas on how to combat the perceived problem vary. Chiles, for instance, suggests that AFTA should implement a benchmark requirement for all new entrants to have completed formal qualifications such as a Certificate III in Travel.

Fernandes, meanwhile, claims that a mandated points accrual system would be an effective means to promote ongoing training within the walls of the industry.

But history shows that the solution is not clear cut.

As AFTA stalwart Mike Hatton recalls, the industry was bound by a training scheme in the 90s called Australian Travel Agent Qualifications (ATAQ) which rewarded consultants with various levels of expertise for completing mandatory training modules. But the system, which was in itself voluntary, was phased out when the scheme was re-named and membership levels dwindled. In essence, the industry doubted its relevance and clout, and opted out over time.

“It was almost impossible to monitor the system and it eventually dropped off the radar. People lost interest so we wound it up and I never saw a need to bring it back,” he told travelBulletin.

AFTA Education and Training director Rick Myatt also claimed it would simply not be feasible to strictly mandate the training requirements for travel agent qualifications because needs vary on a case by case basis.

“It doesn’t quite work by lumping all agents into one basket and setting a common denominator,” he said, adding that some roles require more training on business management, others need risk management, and some require a stronger focus on airfares knowledge.

He also warned that doing so would produce a “realistic risk” where new entrants tick off minimum mandatory requirements and think they are good to go for the remainder of their career.

Speaking with travelBulletin, Myatt strongly denied that professional standards were slipping, instead stressing that the type and amount of skills are now growing faster than they can be adopted. “Therefore, from time to time, this will appear as if it is due to a lack of training, but this is not so. It is a work in progress,” he said.

Myatt acknowledged that it is within AFTA’s remit to implement training requirements and benchmarks, but he added that standards have taken a step in the right direction since the implementation of ATAS last year.

While managers were only required to hold a single competency unit pre-ATAS, ATAS requirements now stipulate that 20% of staff in accredited agencies must hold a Certificate III in Travel or two years of experience. As Myatt explains, that equates to around 1.16 formally qualified staff per agency – or one to two staff in real terms.

“Clearly, ATAS qualification requirements are much higher than what was required in the past,” he said, stressing that suggestions that travel agent training is lagging are “inaccurate”.

“While I can see the merits of encouraging training, I strongly reject the effectiveness of mandating based upon a single qualification requirement. While we would like to see the knowledge and skills level of our industry increase to a Cert III level as a minimum across the board, we do not support the idea of imposing this upon an existing experienced workforce … for the sake of compliance to a mandatory scheme,” he commented.

Instead, he suggested that one way to improve the effectiveness of product training was for operators to collaborate with AFTA to deliver product seminars on a cyclical basis. He suggested it could be done online or onsite with all attendees certified individually with proper certification at the end of the session for a negotiated cost.

“My personal view is that most operators are already doing product training very successfully but there are some that can do with improvements. However, there is simply not enough evidence to support the claim that professionalism is slipping away,” he concluded.

Got any ideas? Send an email at [email protected]/ccmwp to share your thoughts.