The further we move into the 21st century, the clearer goals and ambitions for industry-wide sustainability become: take less flights, use less in day-to-day operations, and always leave the destination in better shape than whence you found it.

But what does this last pillar of sustainability look like when the destination is of less importance than those that inhabit it? When we understand comparatively little about our animal counterparts who populate the places we visit, how do we really experience a destination sustainably, and if the wildlife is the target of our fascination, how do we experience it responsibly?

Perhaps the reason this question seems so hard to answer is that we may be insecure about our current level of intrusion: experiencing a safari in Africa, viewing polar bears in the Arctic, and sailing around the Galapagos Islands are bucket list items for all, but what distance is too close for comfort? Education is the key to answering this, believes World Animal Protection National Director Australia & New Zealand Simone Clarke. 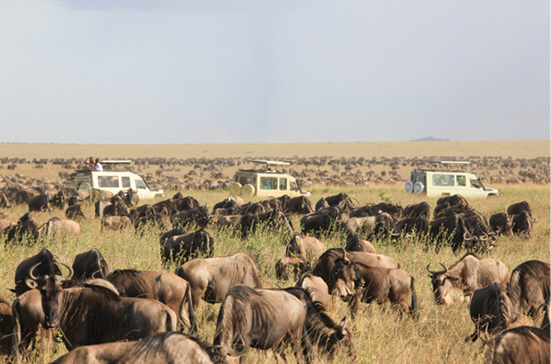 “When we talk to schools, corporate groups about elephants and riding them or washing them, they think it’s nice, but to get in the river with an elephant while it’s shackled to the riverbed, it’s barbaric…it’s not malicious intent, it comes down to education,” she said.

“Consumer behaviour is something that’s slow to change, but we’re certainly seeing a move in the right direction, and education is key, so people know of their impact, they understand their impact…enjoy and experience animals in the wild wherever you can. The less contact with humans the better — observation is paramount, in the wild if you can”.

“I’ve seen the elephant back-riding firsthand; we take the teams out to see them, and even launching the new Scandinavia program, sometimes these people don’t know they’ll be served whale meat,” Rodgers lamented.

For a company whose wildlife experiences have been a main feature across its 40-year existence, Adventure World prides itself on going further than simply participating in an industrial culture of wildlife sustainability — they want to pioneer it. 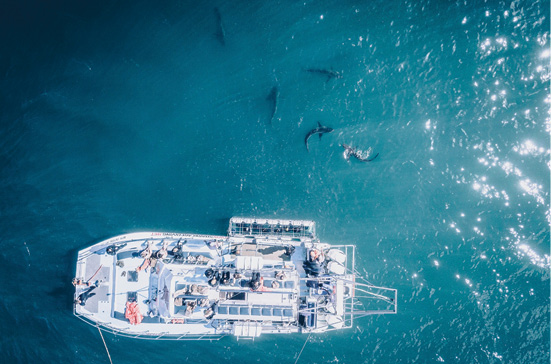 “Sometimes they’ve not been popular or commercial decisions; we removed shark cages from Cape Town a few years ago, that was an immensely popular program.

“We have had to take those elements into hand, because people don’t know, and people have the greatest intentions…in Thailand, people won’t ride an elephant, but they’ll wash one, and they think that’s acceptable, but they don’t know that elephant gets washed 10-15 times a day.

“Where we come into play is, we pretty much guarantee that we’ve tried and tested this product, and it’s matched with World Animal Protection, and our animal protection policy.”

Clarke adds that in her experience, sometimes the hardest truths are those which may be most difficult to believe.

“For example, the Mahouts and the elephants…those trainers have the animals’ best interest at heart,” she said.

But this is not always the case.

“[In a lot of places] there’s also an economic dependence on wild animals by these venues because they derive an income getting them to perform for human entertainment.

“There is a duty of care you have…to make sure animals like dolphins are not bred in captivity, because once that happens, it is very rare, if not totally unlikely, that animal can be released into the wild.

“Secondly, it creates this ongoing dependence [for the venues],” added Clarke.

Supporting organisations who contribute positively to the destinations and wildlife which they visit is also key to Explore Worldwide’s sustainability initiatives — an outlook which has seen a 28% increase in bookings of its collection of 100 wildlife trips over the last 18 months.

Among the ideals Explore champions is a refusal to visit zoos, with all travellers treated to in-habitat encounters where possible, and where not, the company only visits rehabilitation centres.

“We care deeply about travelling in a way that positively affects travellers, community and the wildlife that we visit,” Explore Global Head of Sales Ben Ittensohn proclaimed.

“It’s about leaving a soft footprint, and we support a range of organisations to make sure we’re giving back to those places as well,” he said.

“What about if you make a change to your operating model or your business model, and instead of selling rides, you let them chop up the fruit to give the trainer to give to the animals?”

Combating ignorance, supporting rubber-stamped conservation organisations, and educating travellers on what is and isn’t acceptable is the way forward in experiencing wildlife sustainable.

The standard we hold ourselves to at present is to admire the wonder of wildlife our world has in store, and leave it having contributed to future generations being able to do so also.

Failing that, it should seem as if we had never been there in the first place.