Hold the phone…what’s the answer, airlines?

Recent comments by Qantas CEO Alan Joyce apologising to customers for long wait times when trying to amend bookings over the phone have prompted a somewhat wry reaction within the airline’s distribution partners. As well as making several public statements about the issue, Qantas also sent emails to frequent flyers admitting significant issues within its call centres, confirming “our recent call wait times have not been acceptable”.

Chief Customer Officer Stephanie Tully noted that even though there were more staff in QF contact centres than before the pandemic, call numbers had almost doubled to 14,000 per day, with each change in border restrictions across the globe bringing more calls. Tully also noted that the time taken talking to each customer had also blown out due to the complexities of rearranging travel plans that are up to two years old.

It’s certain that Qantas isn’t alone among airlines experiencing this issue. Any deep dive into the plethora of Facebook groups where aggrieved passengers like to vent their frustrations confirms that carriers are under stress – a welcome problem after two years of inactivity, but a major problem nonetheless. There’s even a somewhat extreme change.org petition doing the rounds at the moment, which insists that Qantas is deliberately using COVID-19 as a pretext to “prioritise poor customer service”. And while that sort of fringe claim is clearly untrue, almost 20,000 people have expressed their support for the petition, which (erroneously) alleges that the average wait time on hold to the carrier is more than five hours (the reality – still totally unacceptable – is understood to be 90 minutes). 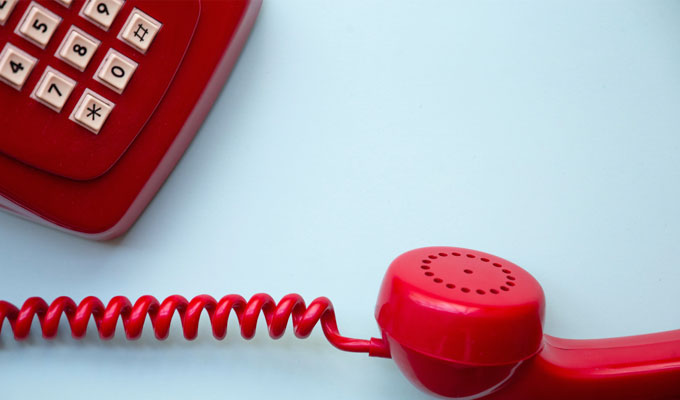 Those clever business analyst boffins at the airlines may perhaps be scratching their heads as to what a possible solution might be. Of course the immediate reaction, as confirmed by QF’s Joyce and Tully, is to throw money at the problem by recruiting and training more people. Qantas is also investing even more in technology to allow customers to more easily make changes online, as well as developing some “how to” videos so people are able to self-service.

But just imagine if there was another solution. An army of people dedicated to customer service, distributed right across the country, with close personal relationships with those travellers. Perhaps offering timely responses to emails, or picking up the phone quickly or even offering a face-to-face interaction to give clients comfort, reassurance and a really great customer experience. “That would cost way too much!” would, I presume, be the response from the bean counters. But what if, rather than having to add to fixed costs by paying this workforce, they could instead be remunerated by taking a small percentage of the tickets that they sold?

What a brilliant idea! What could we call those people – how about….independent travel agencies?

Of course, this is the exact opposite of the thinking within just about every major carrier in the world. The airlines are rightly hoping this will be a short term issue, and that once credits and refunds from the COVID-19 period are finalised calls will once again return to more normal levels which will reduce the levels of complaints.

However it’s interesting to consider the impact of the upcoming commission cuts (at last count I believe about 12 major airlines are significantly reducing or completely eliminating all base commissions to Australian travel agents this year). That is likely to lead to a situation where even more people are forced to ring call centres of non-commission paying airlines to have problems solved, because travel agents will surely be booking clients onto carriers which actually remunerate them for the work they do. An opinion piece from the respected Robyn Sinfield in Travel Daily earlier this month suggested that if Joyce and Tully are already being forced to apologise for poor customer service in April, that’s nothing to the sorries they will be saying after the commission cuts become effective on 01 July when agents reduce their support for airlines which don’t pay them.

Back when Qantas announced its plans to cut commission – right in the depths of the pandemic in May 2021 – the carrier wasn’t able to specify exactly what savings it would be making as a result, but did confirm it was in the order of “tens of millions of dollars per year”. I’m no expert, but I wouldn’t be at all surprised if that’s what it’s now costing the airline  to ramp up its call centre operations to deal with the influx. A zero sum game, producing no additional monetary benefit whatsoever for the airline which in the process is turning its back on a relatively inexpensive, variable cost, enthusiastic cohort of businesses which have been supporting it for decades, and would happily continue to do so.

As Sinfield wrote, “it’s hard to believe the number crunchers inside Qantas haven’t already worked out the agency distribution system is the cheapest way to offer Qantas to the Australian travelling public. Because we do all the work…including the waiting”.

I couldn’t have put it better myself.