Your guide to Western Canada

World Heritage-listed national parks full of wild animals like grizzly bears, a coastline teeming with orcas and cities and mountain towns with the world’s best bars, green parks and sun-drenched al fresco dining. It’s easy to see why western Canada is one of the world’s great travel destinations. Craig Tansley looks at what you can’t miss on a journey through British Columbia and Alberta…

This is one of the world’s great cities — flanked by high mountains (there are ski mountains within 30 minutes of the CBD), built on the sea and with over 1,300 hectares of parks set within its city limits, it’s little wonder Vancouver is named as one of the top five cities worldwide for its quality of life. It’s also one of Canada’s warmest cities in winter; and yet, it’s one of its coolest in summer. And it doesn’t just look pretty either; this is a city that likes to eat. The best food city in Canada, its culinary scene is one of the most varied on Earth — with everything from exotic street food to the best sushi outside Japan. There’s also entire neighbourhoods devoted to night life. It’s a thriving metropolis for live music, art and theatre and is dubbed North Hollywood because the film industry love using it for filming locations because everything looks make-believe.

Don’t forget Vancouver Island. This island — 100km south-west of Vancouver — epitomises everything good about western Canada. It’s hardly small (at 30,000km2) so choose a couple of key destinations, or you’ll be here a month. Head west through redwood forests till you hit the coast at Tofino — Canada’s best surf town. Yes… we said surf town. This might actually be the world’s prettiest surf town too, located in a national park that’s home to black bears and cougars, and eccentric surfie locals in a rustic surf village. The town looks across the UNESCO Biosphere-Reserve-protected Clayoquat Sound where orca swim. And the waves are good here, believe it or not. 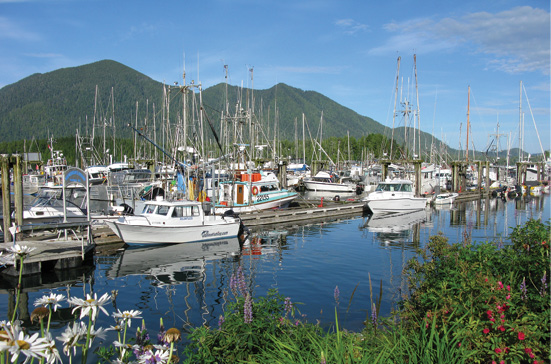 Meanwhile, on Vancouver Island’s rocky southern coast, you’ll find British Columbia’s capital, Victoria. It couldn’t be more different; they call this, The Garden City. There’s a softness about Victoria that feels Edwardian, for it is one of the oldest cities in the Pacific North-West. Lots of its historical buildings remain, and there’s British-style gardens all over the city, complete with roses. Though it’s the waters off Victoria that are as stunning. Home to one of the world’s largest population of resident orca — there are tours from April to October, which take you through off-shore islands. You can take tours to and from Vancouver, or Victoria.

Rivalled only by Switzerland for its drop-dead gorgeous alpine vistas, you can’t help thinking: is this town even real? Surrounded on all sides by mountains — Mt Norquay, Mt Cascade, Mt Rundle and more — the town of Banff is actually in the middle of a national park, Canada’s oldest. It’s the kind of community where bins come with locks for the black bears, and locals watch out for cougars on their morning walks. While its skiing credentials are world renowned (there are three world-class ski resorts all within 40 minutes drive of town) more people actually visit outside winter. Gondolas send visitors spiralling out over the Rockies; across lakes, and over forests of pines. Even just driving around here is a tourist attraction — the Trans-Canada Highway offers views that risk car crashes (eyes on the road, ok?), and the Icefields Parkway drive (north to Jasper) is one of the world’s most iconic alpine scenic drives. There’s everything here from championship golf courses to Canada’s biggest film festivals, and live music out on the streets. There are hot springs too, and restaurants with cuisine from every country on Earth. You’ll find some of Canada’s best five-star properties here, in historic hotels like the Lake Louise Chateau and the Fairmont Banff Springs, the region’s most prestigious property operating now for over 130 years. 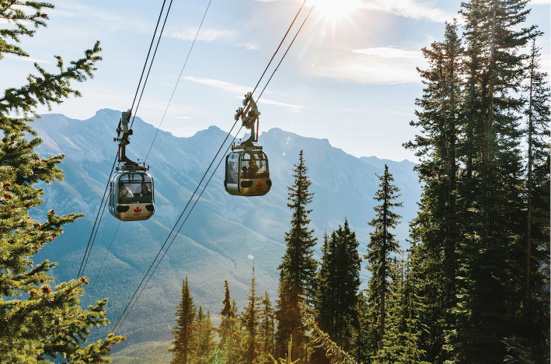 Take that drive north (you won’t regret it) for four hours through the glaciers and sheer mountain escarpments of the Icefields Parkway Drive — to the start of Canada’s wild north, Jasper. It’s nothing to wait for elk to cross the street through this 19th century fur trading town, fringed by 3,000-metre-high mountains and sprawling wilderness, protected inside the largest national park in the entire Rocky Mountains. In winter, Marmot Basin Ski Resort is one of Canada’s most under-rated resorts, but in summer, the mountain biking and hiking around lakes, forests and waterfalls is legendary. Rangers will warn you about grizzlies and cougars here; but then there’s also plenty of adventures to be had that don’t involve wild animals, like taking Canada’s highest and longest guided aerial tramway, Jasper SkyTram. For a town of just 5,000, there’s a surprising number of high-end restaurants and hotels, though the best are of the heritage variety which offer insight into the town’s last 130 years, and while there’s some lively bars open late at night, you’re better off looking for the Northern Lights in the second largest Dark Sky Preserve on Earth. 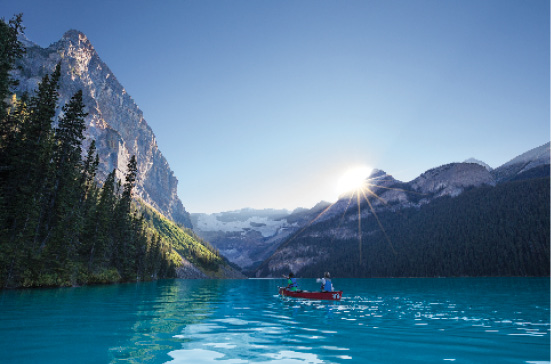