Home  >  Magazine  >  Which safari should you choose?

Which safari should you choose?

THERE’S more to an African safari then sitting in a 4WD waiting for animals to come to you. Craig Tansley explores your options.

Choose carefully, as there’s many choices. It’s hard to go past booking a 4WD safari during The Great Migration — where a million wildebeest and 200,000 zebras and other grazers followed by lions and other predators travel between two of the largest wildlife reserves in Africa — from the Serengeti in Tanzania, to Kenya’s Maasai Mara National Reserve. This occurs between June and October (the exact timing depends on monsoonal rains each year). Wildlife viewing is incredibly spectacular, though visitor numbers are higher, so be prepared for crowds. 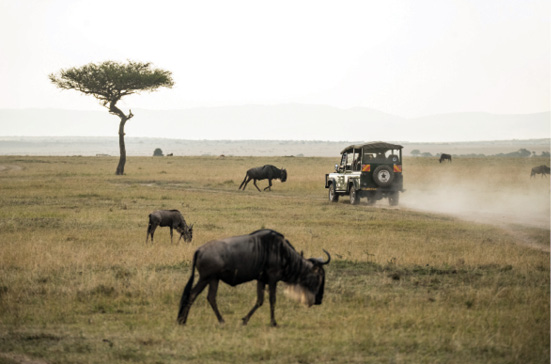 Kenya is where 4WD safaris originated — and its Maasai Mara region offers some of the best viewing of the Big Five (leopards, lions, elephants, rhino, buffalo) anywhere in Africa. However, it’s worth considering which animals you most want to see by 4WD. There’s over 3,500 lions in the Maasai Mara, though if leopards are more your fancy, there’s more leopards than anywhere else on Earth at South Africa’s Sabi Sand Game Reserve (beside Kruger National Park), while elephant lovers may prefer Botswana’s Chobe National Park, home to over 70,000 elephants. Endangered white and black rhinos are rarer to see on safari than the other members of the Big Five, so consider Namibia’s Etosha National Park, where you’ll see all African species of rhino, or Kenya’s Ol Pejeta Conservancy (home to the planet’s last remaining Northern white rhinos, and over 110 Northern black rhinos). Don’t assume all game parks are home to the animals you’re most looking forward to seeing.

Horse-riders: Africa offers you the ultimate adventure. Without a vehicle, you become part of the African wilderness, no longer just an observer, you become part of the wild, riding beside giraffes and zebras (while keeping track of lions and elephants). Some safari camps offer short horse rides you can do in a morning or afternoon. But to really test yourself, take a multiple day horse-riding safari.

Enjoy a seven-day horse-riding safari in the Okavango Delta in Botswana. It floods here, so it’s harder to navigate by car… travelling by horse is best. 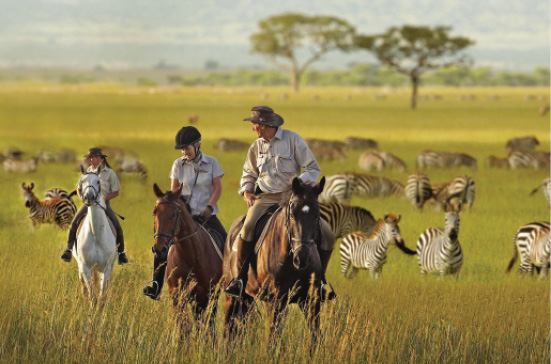 Or take an eight-day beach ride through Mozambique if you’d prefer more open landscape, or an 11-day desert ride through Namibia across the Skeleton Coast. Kenya also offers numerous horse-riding options, with some of the most diverse scenery in Africa. Or if you’re not a competent horse-rider, consider a quad-biking safari in the Namibian Desert, or Botswana’s Makgadikgadi Salt Plains.

This is one of the most unique ‘safari’ options available — you’ll have the chance to silently drift across herds of the Big Five, observing from above. Take off before dawn, and float across savannahs full of wild animals, before landing to a champagne breakfast where guides sometimes must keep animals at bay. Kenya’s Maasai Mara offers supreme wildlife spotting from the air, though Tanzania’s Serengeti has five possible locations for hot-air ballooning, with an almost perfect climate for ballooning (with gentle winds year-round) — all the way from picturesque Lake Victoria to the towering Ngorongoro Highlands. South Africa’s Drakensberg region also offers year-round ballooning opportunities. 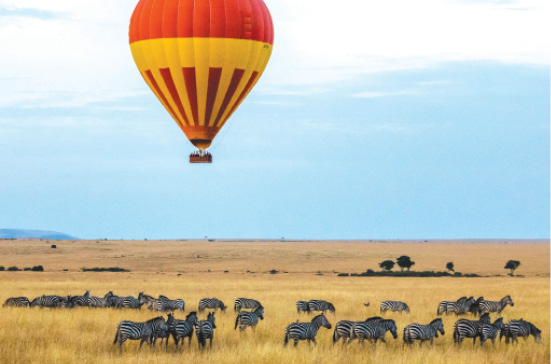 Think you’ve ‘done’ safaris, well… walking amongst the wildest animals in Africa will change your perspective. Here you walk amongst wild animals with just a guide between you. It’s unnerving, and comes with a degree of danger — but walking guides are generally the most qualified of all safari guides.

Many regions offer walking safaris — even in more crowded regions like South Africa’s Kruger National Park, walking safaris are the best way to escape crowds, as you can go where 4WDs can’t (only a tiny fraction of the park is accessible by vehicle). The Nyalaland Trail in the park’s far north offers some excellent walking safari options. 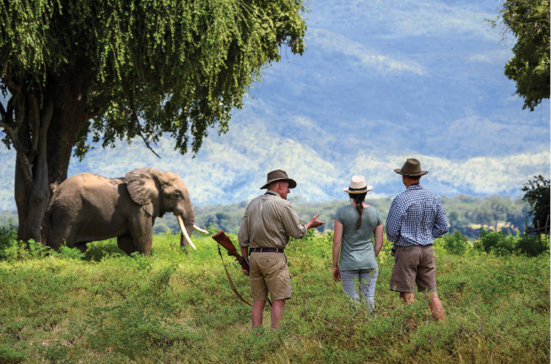 But the best place for walking safaris in southern Africa is Zimbabwe’s Mana Pools. What sets this game park apart is that anyone is permitted to walk around on foot — nowhere else on the planet offers this. And big game is so used to humans approaching by foot that you can get closer to wildlife out of 4WDs than at any other park in Africa. Most camps offer walking safaris here, with some of the continent’s best qualified safari guides on-hand.

Safaris aren’t just about lions hunting prey on dusty savannahs. What about Africa’s rivers and lakes? Forgo the 4WD, and get onto the water to see hippos, Nile crocodiles and the Big Five gathering by the water’s edge to drink, and wash. You can have this kind of safari as luxurious — or as stripped back and action-packed — as you like.

Adventurists who wish to see wild creatures from a canoe should consider canoe safaris in Mana Pools, or take a Mokoro safari in Botswana’s Okavango Delta (it’s like a canoe, but guides use a ngashi (pole) to fit through narrow gaps, in a flooded landscape regarded as the Seventh Wonder Of Africa). Listen to your guide at all times — attack by hippo or croc is a constant threat. 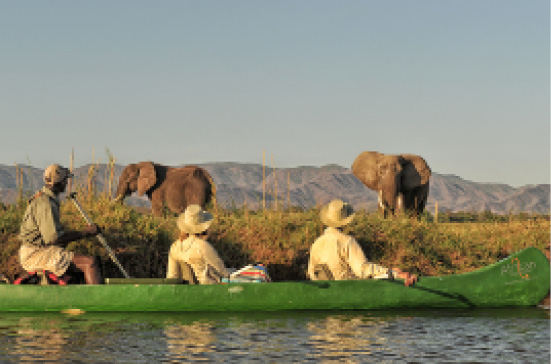 However, you might prefer to reduce the risk and increase the luxury. Why not cruise the Zambezi River on the Zambezi Queen? Take a two or three night trip to where Namibia, Zimbabwe, Zambia and Botswana converge where your adrenalin won’t flow, but the wine will.