U by Uniworld’s plan B

U by Uniworld has cancelled the second season of one of its ships, The B, to reposition it from the Seine to Central Europe for the 2020 season.

In 2020 The B will sail from Brussels to Amsterdam and Amsterdam to Frankfurt, while U by Uniworld’s other ship, The A, will cruise from Nuremberg to Vienna and Vienna to Belgrade.

U by Uniworld said the decision was due to “increasing demand for the region”.

“As we look forward, the demand is, overwhelmingly, pointing towards Central Europe, where guests can experience a new city — and sometimes a different country — each day, which simply isn’t feasible on the Seine,” said U by Uniworld President and CEO Ellen Bettridge.

In October 2017, U by Uniworld said it was looking to double its fleet to four ships, with two vessels in Europe, one on the Mekong and the location of a fourth ship “to be announced shortly”.

U by Uniworld told travelBulletin the Mekong was still a river it was targeting but noted it had not set a date for a third ship. The company also said last month’s announcement of an order of a new vessel to sail on the Mekong for its sister brand, Uniworld Boutique River Cruise Collection, “has no bearing on future ships for U in that region”. 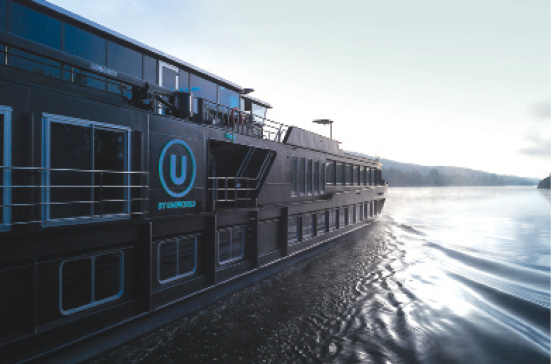