WHEN it came to naming its three new upcoming European river ships, Travelmarvel left the aspect of creativity up to the skills of the Australian public to decide, with Queensland’s Amanda Poeppmann ultimately chosen last month for her proposed names of Travelmarvel Polaris, Travelmarvel Vega and Travelmarvel Capella.

The first ship to make her splash will be Polaris, which will set sail on her maiden voyage in April 2020, followed by her two sister ships, Travelmarvel Vega and Travelmarvel Capella in April 2021. 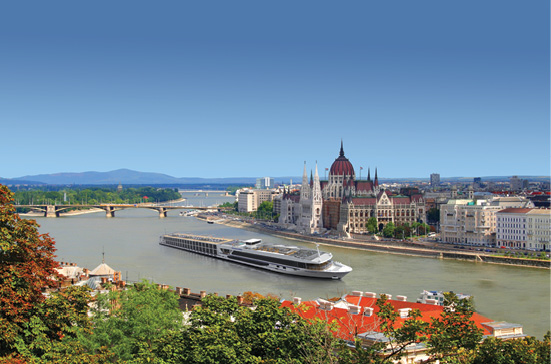 The latest batch of 91-cabin contemporary class ships feature multiple restaurants, floor-to-ceiling panoramic windows and bi-folding windows in the lounge that open out to the front veranda, French style balconies, and a rooftop bar and terrace garden area.

Reflecting on the response to its competition to name the ships, Travelmarvel’s CEO David Cox said he had been “overwhelmed” by the volume of entries.

The three new vessels will be joining the Classic Class vessels, Travelmarvel Diamond and Jewel on Europe’s waterways in 2020, both of which underwent a soft refurbishment of their cabins, Vista Lounges, restaurants and reception areas in 2018.