The call of Ireland

NICK O’Donoghue shares his best tips for visitors travelling to his native homeland.

For most visitors to Ireland, Dublin Airport is their first port of call, and for many, the lure of a freshly poured pint of Guinness will be a temptation too much to avoid before settling into a hotel.

For me, the descent into Dublin marks a return to my childhood. Going home. The anticipation starts as the plane glides over Anglesey in north Wales and builds gradually as I stare out the window hoping for a glimpse of the Wicklow coastline with lush green fields and several golf courses, before identifying suburbs, like Bray and Dalkey, then landmarks such as Dun Laoghaire harbour, the Avivia Stadium, and the mouth of the River Liffey.

With wheels down, I count the seconds until we touch the ground, knowing I’ll be greeted with a cead mile failte romhat (a hundred thousand welcomes) as soon as we land.

Once I’ve collected my baggage it’s out into the arrivals hall, where more often than not my experience is different to the average holidaymakers — my brother or sister will be there waiting to whisk me off to my parents’ house. For visitors, there are bus services to the city and beyond, taxis, hotel shuttles or hire car services to get you to your next port of call.

After a night’s rest and a few hours with the ‘old pair’, it’s time to borrow my mum’s car and experience Ireland, for me that means going west to Galway and the Atlantic coast.

English parliamentary hero, Oliver Cromwell, was among the first to recommend the rugged western seaboard to people pondering where to go — usually after his New Model Army had decimated their homes he’d politely tell them their choice of destinations were “to hell or to Connacht”. Back in the 1600s life to the west of the River Shannon was hard, and there were few, if any, luxury hotels.

Thankfully a lot has changed since and there is plenty of options to suit any budget, from country retreats to youth hotels. No longer is the Atlantic coast the inhospitable refuge of the vanquished, it is a destination for those looking to experience the best Ireland has to offer from cultural experiences to great food. 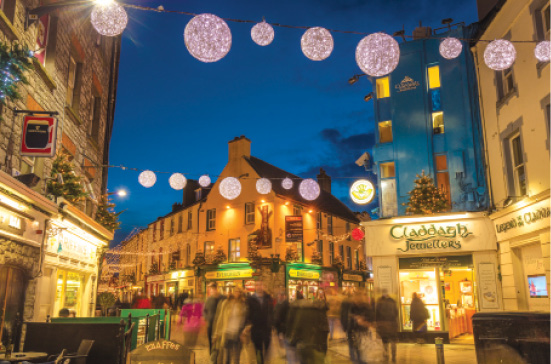 These days crossing the Shannon takes you closer to the vibrant and historic city of Galway, where traditional Irish culture blends seamlessly with the contemporary, with pub-come-music venue Roisin Dubh (pronounced — Row-sheen Dove), offering a prime example of this. The venue regularly hosts Irish trad musicians and comedy, as well as every band looking to become the next U2 — a far cry from the dreary destination of Cromwellian times.

Galway is now home to artists and authors, some of the best baristas in Ireland and the friendliest people you’re likely to meet. It’s a joy to walk through the city centre, from Eyre Square down Shop Street to the Claddagh to watch swans on the Corrib or Galway Hookers (a type of boat) going out into the bay. For romantics or those who appreciate jewellery Thomas Dillon’s Claddagh Gold at the bottom of Quay Street houses a museum to the traditional Irish wedding band, the Claddagh Ring, which features two hands holding a heart with a crown on it.

Throughout the year Galway hosts a number of major events, notably the Galway International Film Fleadh (festival) in July, and the week-long Galway Races at Ballybrit just outside the city centre in late July and early August.

While many consider Ireland to be a Christian country, sport is the most widely practised religion, and the people of Galway are devout followers of Gaelic football and hurling, with the county’s hurlers among the best in the country, claiming the All Ireland title in 2017.

Located at the mid-point of the Wild Atlantic Way — a meandering path that takes in the entire western seaboard of the island — Galway is a gateway to some of the most scenic parts of Ireland. 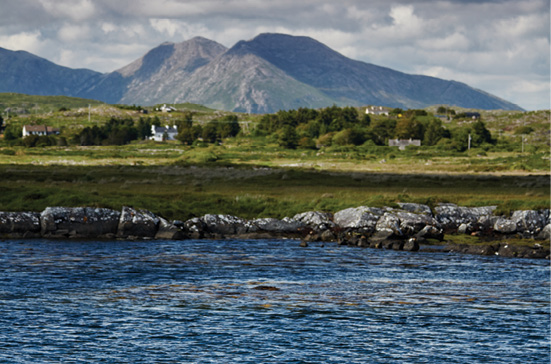 The city is surrounded by Gealteach (Irish speaking) regions, with Spiddel and the Aran Islands to the west and the rolling hills of Connemara to the north, offering visitors the opportunity to hear the native tongue being spoken as part of life.

To the south, through the rocky desert of The Burren are the 155m high Cliffs of Moher staring out into the wild waters of the Atlantic Ocean. For those who find the crashing waves inviting, one of Ireland’s premier surf destinations, Lahinch, is a short distance down the road in Clare.

From Lahinch, tourists can continue south along the Wild Atlantic Way through Limerick along the ring of Kerry, around by Kenmare and on to the historic harbourside town of Kinsale, which is renowned for its seafood restaurants and as the landing point for the Spanish Armada’s final failed attempt to support Irish rebels in their efforts to defeat the British.

In short, Galway offers some of the best that Ireland has to offer. 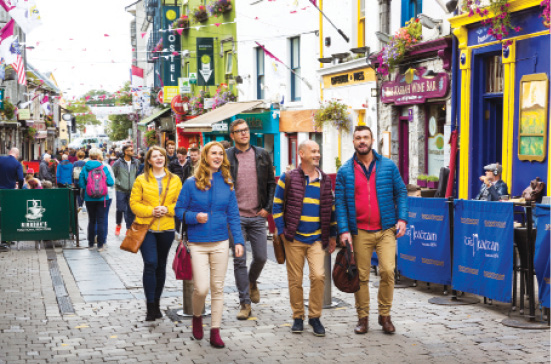