Bonnie van Dorp has dreamed of going to Disney World since she could remember. The dream finally came true for her, and just in time to celebrate the 90th birthday of Mickey Mouse.

It’s hard to believe that “it all started with a mouse” when you stroll through Disney World’s Magic Kingdom. Founded in 1971, every detail at Disney’s original theme park has been carefully considered to make sure its 20 million annual visitors are completely immersed in a land of happily ever after.

Here, the outside world ceases to exist, as do the rules that normally apply. Want to walk hand in hand with your significant other while wearing matching outfits? No problem. Here it’s not considered cringe-worthy — in fact, coordinated outfits are encouraged. 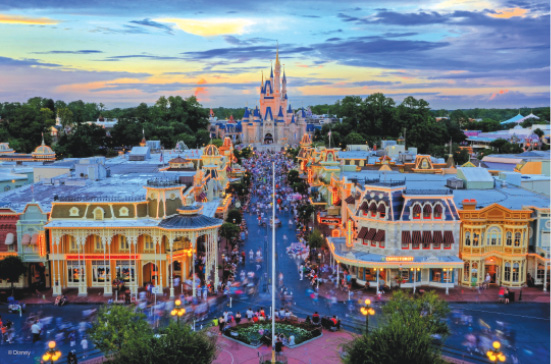 Lining the Main Street of Magic Kingdom are quaint storefronts reminiscent of an ideal turn-of-the 20th-century American town. The architecture is inspired by Walt Disney’s very own hometown of Marceline, Missouri. Here, you’ll find everything from souvenir stores to high-end jewellers showcasing their wares, as well as cafs and eateries. It’s easy to spend a couple hours in this small square alone.

However, I had other plans: to get on as many rides as possible. But with rides comes the arduous — often boring — task of lining up. Fortunately, included in a Disneyworld ticket is a FastPass+ service which allows its visitors to register in advance for select rides and experiences. This essentially means you can skip the queue up to three times a day. The catch? You have to be organised and pick your experiences in advance to ensure you get your first choices. The great thing about this service is that you can start booking your experiences up to 30 days in advance of your visit, and if you’re staying at a Disney resort this can be extended to 60 days. 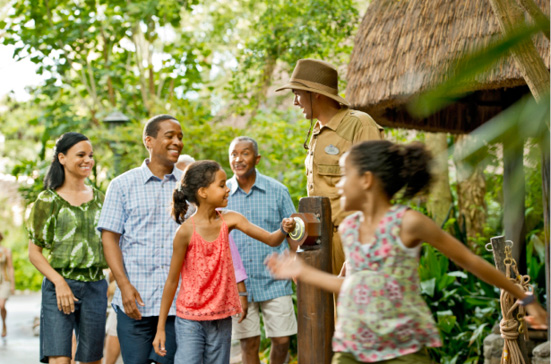 I can feel my heart pounding in my chest as I make my way to the front of the queue at Space Mountain. The dark coaster has long been on my list of must-experience rides. Strapped in tight, I am catapulted through outer space. My peripheral vision is flooded with blinking lights, shooting stars and space satellites. What may have only been a few zips around the track, felt like a lightyear. And then just like that, I enter a wormhole which sends me soaring back into orbit and then finally into the theme park. What a rush! Next, I hit the classics: The Barnstormer, the Seven Dwarfs Mine Train, and the Haunted Mansion. Each experience instills in me a rush of nostalgia coupled with a surge of adrenaline.

The next day, I find myself at Hollywood Studios, another of Disney’s theme parks. It seems we have arrived just in time to witness a demonstration of the First Order’s daunting influence in the galaxy. Inspired by the hugely popular Star Wars franchise, the ominous parade is led by Captain Phasma, who is directing a menacing group of stormtroopers on a mission to recruit more foot soldiers to fight for the Empire. 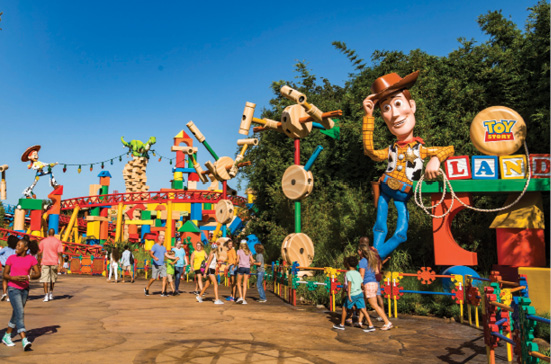 After the parade, I head off to Toy Story Land, the park’s newest attraction. At the entrance, I am greeted by a giant Woody who looks very pleased to be welcoming us into Andy’s toybox. We follow the group of life-sized green soldiers towards the Slinky Dog Dash, a family-friendly rollercoaster which sees you take a ride on the back of the floppy-eared daschund. Other fun rides to try out include Alien Swirling Saucers and the refurbished Toy Story Mania 3D experience. While the rides are amazing, it’s the level of detail that has been put into the theming of the park that astounds me. Every single one of your childhood toys can be found here. There’s everything from a giant barrel of monkeys to an even larger replica of the Jenga game. It’ll conjure up decades-old memories and I can promise that visitors will eat up the nostalgia.

The city of the future

Epcot is your gateway into the four corners of the earth, the depths of the sea and wonders of space. Epcot — which stands for Experimental Prototype Community of Tomorrow — was a particular passion project of Walt Disney’s, who originally designed it to lead the way in urban city planning. Instead of creating just another theme park, we are told by our guide, that Walt Disney planned Epcot as a living, breathing city for communities to thrive in.

Sadly, his plan to have actual residents living in Epcot did not come into fruition. What we’re left with today is a destination that is known for its international pavilions, art festivals, and space attractions. But if I’m honest, I’m really here for one thing: to taste and sip my way through the Epcot International Food and Wine Festival.

What makes the food and wine festival so special is that you really do feel as if you’re at a world marketplace filled with delicacies from different countries. What keeps your disbelief completely suspended is the fact that the food is served by people from the country that they’re representing. The bratwurst you’re sampling? Yup, served by a bonafide German. The succulent lamb steak? It’s served up by a Kiwi.

Taking a walk on the wild side

My last stop on my Disney tour is the newest theme park, Animal Kingdom. The immersive attraction is dramatic and all-encompassing. Everywhere you turn, there’s a spectacle that gives you pause. 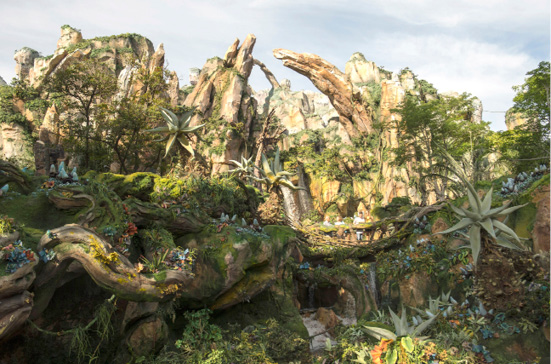 While the rest of the theme parks instill a sense of magic, Animal Kingdom gives you real-world grit with a side of wonder. The theme park’s star attraction, in my opinion, is the World of Pandora based on the hugely-successful Avatar movie franchise. The must-dos here include the Avatar Flight of Passage 3D ride, the Expedition Everest Rollercoaster and the Na’vi River Journey.

My advice for other big kids coming to play at Animal Kingdom? Utilise that FastPass+ and book in your rides early. Some of the park’s more popular rides can have you waiting for over an hour.