Setting oneself the task of exploring all four major Hawaiian Islands in one week can seem arduous; Maui, Oahu, Kauai and the Big Island are all as diverse and unique as each other, with a myriad of experiences to be had. But no matter what kind of budget you’re on, any kind of traveller can do it all in seven days — all that’s required is an adventurous spirit, discovers Myles Stedman.

If you’re travelling from Australia, your only option is to begin in Oahu, with all flights from Down Under landing at Daniel K. Inouye International Airport in Honolulu. Hawaii’s capital and largest city is a fantastic introduction to the state, with its blend of east-west and Pacific cultures, cuisines and traditions. Waikiki is the perfect place to stay for all kinds of travellers – close by to major tourist attractions such as downtown Honolulu, Pearl Harbor and Diamond Head. The neighbourhood also lends its name to its famous beach, where actively-inclined travellers can partake in water activities, while those in it for the shopping can explore luxury designer brands in one of the many nearby shopping precincts. Don’t miss out on the island’s laidback North Shore — buses operate from downtown, with many tour operators also making the 1.5-hour trip. Oahu is not everyone’s Hawaii, but as the major portal to the islands and your primer for the rest of the state, it should in no way be ignored. 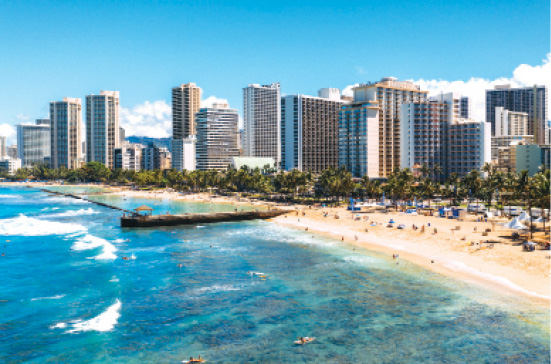 While Oahu may not appeal to all types, Maui is the archipelago’s noted crowd-pleaser. The island represents one of Hawaii’s highest return rates, with the state’s second-largest island offering all the exploration, shopping, relaxing and eating one could want, all without ever feeling crowded, thanks to its large size and fledgling road infrastructure. Maui’s sparseness means you will need a car if you want to truly find your way to the island’s heart, however a shuttle operates around south and west Maui. Of the many places it can take you, Lahaina is one of the most popular spots on the island, with Front Street treating guests to attractions such as Bailey Museum, the Lahaina Courthouse and the local prison. For those who prefer to take it at a slower pace, make sure to wander in and out of the town’s many boutiques, or grab a meal at Fleetwood’s on Front Street. Those taking it slow should also head for east Maui’s Kula region, home to the stars, where you can grab a bite to eat at Kula Lodge. 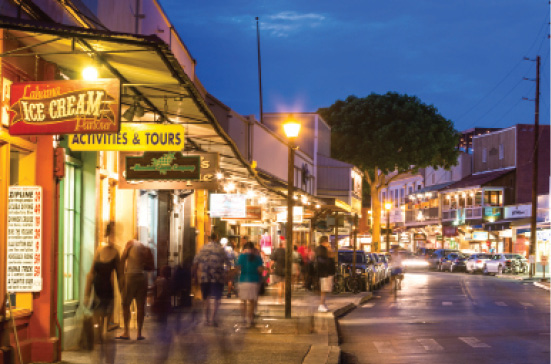 Hawaii Island, or the Big Island, offers a wide range of experiences for those willing to experience some of what this topographically distinct region has to offer. Located on the so-called “wet side” of the island (which commonly experiences morning rain showers), Hilo offers access to the geographic spectacle that is Hawaii Volcanoes National Park. The reserve gives a glimpse into Kilauea, one of the world’s most active volcanoes, and the lava-scorched landscapes it has carved out over hundreds of thousands of years. Many tour operators travel in and around the park every day. Those hoping to take it a little easier can check out the Hilo Farmers Market, Big Island Candies or Rainbow Falls. Kailua (often referred to as Kona) is your gateway to the other side of the island — known as the “dry side” — which offers access to some of the most popular snorkelling spots on the Big Island, such as Pu’uhonua o Honaunau National Historic Park, and Kealakekua Bay, famous as the site of the kidnapping of King Kalani’opu’u by Captain James Cook, which resulted in the latter man’s now infamous murder by the locals. For city-slickers, the tiny settlements of Hilo and Kailua may not offer the grandeur of Honolulu or the quaintness of Lahaina, but they are not meant to be experienced the same way — they are gateways to explore the Big Island’s beauty. 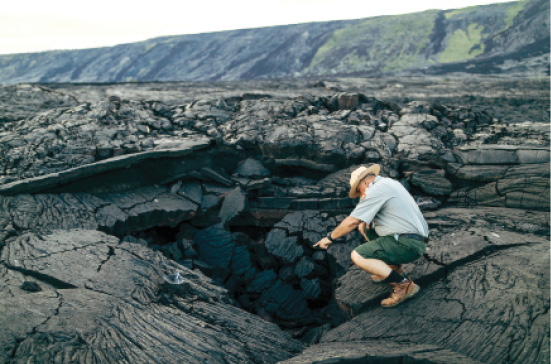 Bringing your Hawaii trip full-circle is the still-developing tourist hotspot of Kauai, with its modest experiences perhaps lending to its popularity. By far the slowest-paced of the islands, Kauai is home to some of the most picturesque nature parks in Hawaii, such as Waimea Canyon State Park and the Na Pali Coast State Park, best explored by a helicopter tour — one of the island’s most preeminent experiences. Enjoying a significant boost in popularity of late is Kilohana, a 100-acre agricultural park, which features a plantation railway, a restaurant, a lounge, a luau, boutiques and even its own rum company, which now offers rum safaris, allowing guests to sample some of the company’s best rums and cocktails on an off-road trip through the ranch. It is here you will be able to sit back and sip on one of Hawaii’s tastiest mai tais, and cap off one of the most diverse seven-day trips on offer. 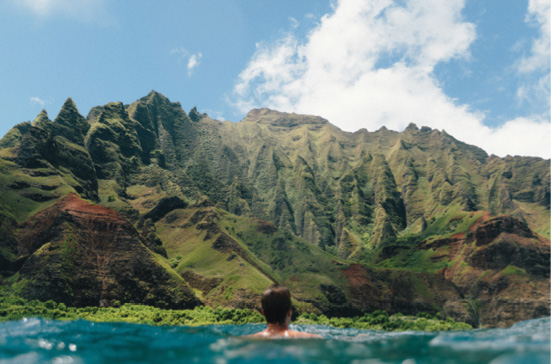