BRIAN Johnston explores the drive between Pisa and Venice across northern Italy links some of the Mediterranean’s most beautiful cities, and provides plenty of dolce vita.

Driving holidays really shouldn’t begin with embarrassing failures, but in Italy even failures are beautiful. The Leaning Tower of Pisa is an engineering mistake, built in 1173 on sandy soil inadequate for supporting its heavy marble. Over the centuries successive architects attempted to straighten the lean without success, though at least the tower hasn’t toppled over. Its tilt provokes silly selfie poses but, beyond the fun, the tower is beautiful in bands of coloured marble and harmonious tiers of arches. 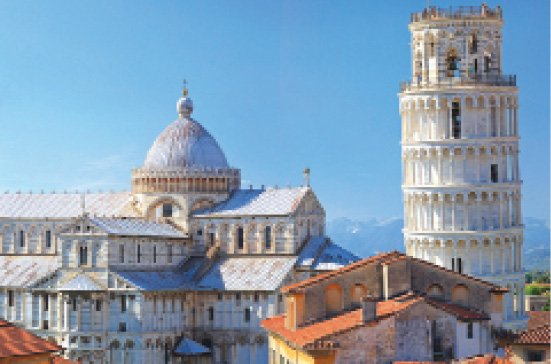 Perhaps only Italians could make a failure famous — and then casually supply several other surrounding buildings that ought to be equally renowned. Stand in Pisa’s Campo dei Miracoli (‘field of miracles’) and you’ll realise that the Leaning Tower attracts all the attention, but other glorious buildings stand around it, including an exuberant cathedral and a baptistery that is one of the great early Renaissance masterpieces.

Get used to such fine architectural displays on a journey through northern Italy. Its old towns have an embarrassment of riches and dizzying pedigrees. Pisa was already a naval port in Roman times, then a powerful maritime republic, then a fourteenth-century university city. It was eventually eclipsed by neighbouring Florence, but continued to steal the occasional limelight, notably by producing scientist and astronomer Galileo Galilei, who investigated gravity by dropping weights off the Leaning Tower. A walk along the south bank of the Arno River brings you past stately mansions from those illustrious days.

You’ll be tempted to linger, but Pisa is just the start of a great drive towards Venice by way of Italy’s loveliest towns. In just 30 minutes you could be rolling through the lush Serchio Valley and into Lucca, a proudly independent city-state between 1369 and 1815, and crammed with architectural beauty. Walk atop its Renaissance-era fortified walls and gaze over terracotta roofs and defensive towers towards the Apuan Alps. If you’re here in the evening, join locals for their ritual passegiata (stroll) along elegant Via Fillungo.

Onwards at Florence is an even more gorgeous Renaissance town, graced with statue-studded squares and the art treasures of its Uffizi and Accademia galleries. Stray beyond the city centre however, by crossing the Arno River and exploring the neighbourhood vibe (and agreeable eateries) around Piazza del Carmine, before strolling into the overlooked Bardini Gardens, which have fabulous views over Florence’s dreaming spires and surrounding hills. 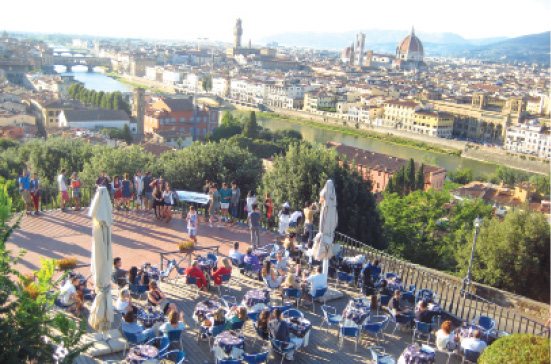 Those cypress-studded, olive-silvery hills enfold you as you drive northwards, until you arrive in the flatter Po Valley. Bologna, Modena and Parma all have tempting historical diversions, but you might particularly want to stop in Cremona, whose old town is lined by pretty Gothic arcades and boasts one of Italy’s most beautiful piazzas. Then cut northeast towards Verona. This town’s fictional residents Romeo and Juliet pull in tourists by the busload yet, beyond the famous balcony and the town’s central squares, you can find quiet streets of orange and yellow medieval buildings. A lazy loop of the Adige River adds promenades and fine town views.

Resist the temptation to speed eastwards along the A4 motorway, always busy with long-haul trucks and lane-jumping cars. The back roads take longer but meander through vineyards and hills from which snow-capped Alps can be spotted to the north. It won’t take much more than an hour to Padua, another of Italy’s illustrious city-states, renowned as the home of one of Europe’s oldest universities.

Padua has impressive architecture and art. Its best museum is perhaps the Eremitani for its Etruscan vases and paintings from great Venetian masters such as Tiepolo and Tintoretto. Yet Padua also offers a delightful slice of ordinary Italian life. It has quirky fashion boutiques, colourful fresh-food markets in its central squares, and agreeable cafs in which to people watch. A large university student population adds a youthful atmosphere and good nightlife.

The last short drive from Padua to Venice isn’t exactly inspiring, as you’ll soon be sucked into the industrial suburbs of Mestre. Venice lies just across the water, and is surely a grand finale to any drive across Italy — though ironically, you’ll have to abandon your rental car to see it. Boats are the only form of transport in this famously floating city, which is otherwise explored on foot along winding alleys and across the innumerable bridges that knit together its dozens of islands.

Still, there’s no better way to soak up its atmosphere than by walking. Venice might be faded, occasionally flooded and in parts crowded, but it remains one of the most fabulous creations of humankind. Sit in St Mark’s Square as cafe pianos tinkle and pigeons swoop against gold mosaic work, and congratulate yourself on having completed a Mediterranean route to remember. 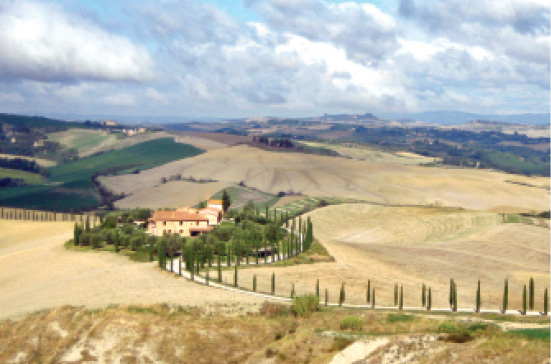