THAILAND is one of Australia’s favourite destinations with more than 800,000 Aussies flying into the country every year.

The nation’s national carrier, Thai Airways International has long been a dominant player on routes out of Australia and having recently picked up three TripAdvisor Travellers’ Choice Awards, its popularity is no surprise. 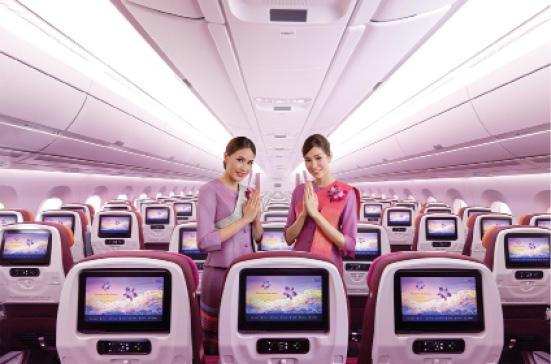 The airline was named among Asia’s top nine carriers, by the travel review site.

Aussies’ infatuation with Thailand has also attracted the attention of budget carrier, AirAsia, who will commence a Brisbane to Bangkok service using its Thai AirAsia X brand, from 25 June, with four weekly flights.

The Centre for Aviation has reported that AirAsia is also open to the possibility of launching more services to cater for Australians’ enthusiasm for the Land of Smiles.