LOCATED on Africa’s south west coast, the less publicised nation of Namibia borders its more high-profile neighbours of Zambia in the north, South Africa in the south and Botswana to the east. In this sparsely populated country, it is not uncommon to find the Namibian people living side by side with the wildlife, including large predators such as lions and leopards, such is the nature of the symbiotic relationship that its people share with the land.

One great way to see this amazing culture up close is to take the 13-day Namibia Discovery tour with Intrepid, a package that promises to explore the country’s beautiful coastline, soaring sand dunes, and savanna grassland areas. Highlights of the journey include a full-day game drive safari in the Etosha National Park, strolling the rugged coastline of Swakopmund, and gazing upon the staggering Fish Canyon Canyon, the largest canyon in Africa and spanning a width of 27km and a depth of 550 metres.

The adventure culminates in a visit to the capital Windhoek, a quaint German-rooted city teeming with old-world European architecture. Notable landmarks to check out are the Lutheran church of Christuskirche, The Independence Memorial Museum housing many artefacts from Namibia’s national liberal struggle, and the old fortress and museum The Alte Feste which served as a headquarters of the imperial German military during its colonisation of South West Africa.

Trips departing in June are priced from $5,200 per person twin share. 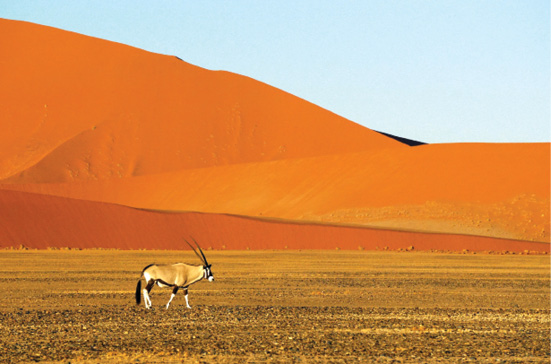