Home  >  Magazine  >  Spot the big five minus the tourists

Spot the big five minus the tourists

SOUTH Africa has long been tipped as one of Africa’s most accessible and popular safari destinations and while many will make a beeline for mainstream game parks, there are still plenty of places that are largely untouched by commercial tourism.

Madikwe Game Reserve is a standout, according to Michael McCall, Director of Sales Australia and NZ for boutique luxury safari specialist, Sanctuary Retreats.

“Madikwe is extraordinary,” McCall said. “It is literally spread out over 75,000 hectares of stunning — and diverse, African wilderness. The terrain also varies widely from rocky peaks and open grasslands right through to lush valleys.

“This means that each area boasts its own distinctive inhabitants, which in turn means that visitors to the reserve are all but guaranteed to see a huge and very diverse range of wildlife.”

Madikwe is home to a host of game species including the Big Five, cheetah, giraffe and hyena, aling with over 360 bird species.

Plus, it’s promoted as one of the best places in Southern Africa to watch the elusive and rare wild dog, thanks to a breeding program being run in the Reserve.

Madikwe Game Reserve is strictly protected and self-drive or day trips are tightly restricted in the area, so the best way to explore it is by staying in one of the area’s bush hideaway, such as the Sanctuary Makanyane Safari Lodge. 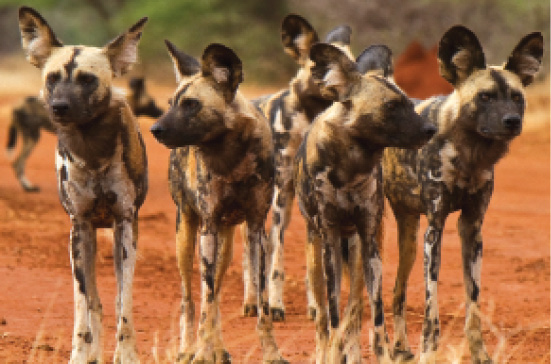