GOING out to the ball game is probably not the first thing you think of when you consider a trip to Japan, but as Ben Groundwater discovers, there’s a good reason to add a sports experience to your next holiday.

t takes a while to figure out what’s going on. As you sit there taking in the entire spectacle, as you witness the colour and the atmosphere, as you breathe in the aromas of a million different foodstuffs, as you see the waitstaff wandering the aisles carrying kegs of beer on their backs, as you try to follow the game taking place on the field and get your bearings on this whole event, it takes a while to realise that only one set of supporters is cheering.

There they are on the far side of the huge Tokyo Dome, dressed in the traditional orange, black and white of the Yomiuri Giants baseball team, chanting and waving their flags in unison. It’s great entertainment just watching these guys, trying to follow the songs, figuring out who their favourite players are. 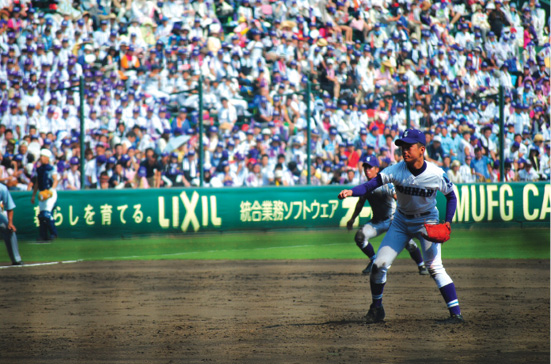 But then a third Giants batter gets out, caught in the outfield over near his adoring fans, and those supporters suddenly fold their flags, stow their musical instruments and quietly take their seats. Nearby, the red-clad support squad for the Hiroshima Toyo Carp rise as one and prepare to cheer as their batters take the plate.

This is how baseball games work in Japan. Only one set of supporters — the team’s “ouendan” — cheers at any one time, while their team is batting. The other set remains respectfully seated until the teams swap and their own players are at the plate.

It makes sense once you know Japan. Once you appreciate the quirks and idiosyncrasies of this wonderful country, once you’ve experienced the deep sense of respect for others’ comfort and pleasure here, you understand that allowing the other team’s supporters space to cheer their own team undisturbed is a thing that would definitely happen.

And so it does. As a visiting sports fan, you can only sit back and wonder.

This is baseball in Japan. It may not be the sport you expected to see — most people come to the country assuming sumo wrestling is the biggest game in town — but it’s the one you’ll most enjoy. Even if you don’t know the game, but you’ll appreciate the spectacle. The Japanese love baseball, ever since it was introduced from the US in 1872, and attendance at a game provides an amazing window into the local culture.

To begin with, the food at baseball stadiums in Japan is amazing, with a wide range of delicious treats in every stadium — so much better than the lukewarm meat pies we’re used to. Beer really is dispensed straight from a keg to your cup by wait staff (“uriko”) who wander the stadium aisles spreading cheer.

Each team’s fans have their own rituals too, from the Hanshin Tigers, who release thousands of “screaming” balloons into the air at the end of a match, to the Tokyo Yakult Swallows, who twirl umbrellas every time their team scores a run. 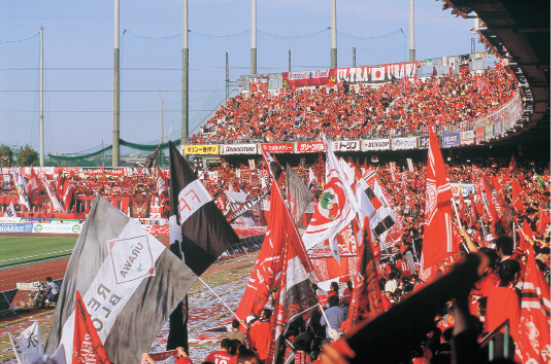 The Japanese love their sport, and with both the Rugby World Cup and the Olympics being held in the country in the next ten months, that interest is only going to get stronger. Baseball is one of the easiest and most enjoyable sports to access: there are 12 top-level teams spread throughout the country, who play an eight-month season with as many as 280 games on the calendar. Tickets are reasonably priced and easy to come by. This is your window into Japanese sporting obsession.

Of course, there are more traditional games here to see, too. Sumo might not be as popular as it once was, but it’s still a revered pursuit with several major meets spread throughout the country, all accessible to the general public.

Sumo is a little like baseball in some ways: it’s as much about the ritual as the sport itself. To witness a sumo tournament is to begin to understand these traditions, from the sipping of sacred water and the throwing of sacred salt into the ring, to the clapping of hands to summon the gods before a bout. 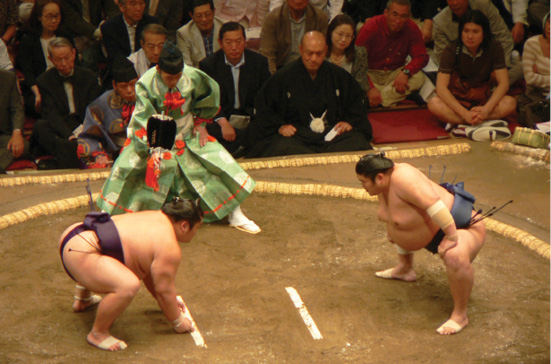 Soccer is also hugely popular in Japan, and the national competition — the J League — is passionately followed across the country. Again, tickets aren’t too hard to come by, so you can see big guns like the Urawa Red Diamonds in Saitama (the league’s traditional bad boys), or Vissel Kobe (known as “The Cows”) in Kansai, or even lovable underdogs such as Matsumoto Yamaga in Nagano. All will be enjoyable and welcoming experiences.

Rugby union is also big, particularly with the World Cup currently being played in Japan.There’s also a national basketball league, and a serious interest in motorsport.

For first-time visitors, however, there are few more reliable, enjoyable experiences than going to the baseball. The food, the beer, the colour, the songs, the rituals. And somewhere in the middle of all that, a ball game. It takes a while to figure out what’s going on, but that’s all part of the fun.