GATE 1 Travel has released a new 12-day Uzbekistan small group tour that’s proving to be a real hit with solo travellers, with the company stating it has been really surprised how the category has taken off.

“The growing trend towards solo travel on escorted tours seems to be led by Baby Boomer women who are frequent travellers, going overseas up to four times a year and are highly driven by the destination,” said Gate 1 Travel Australia spokesperson Taleisha Barker.

“The fact that we offer a maximum group size of 22 people means that solo travellers don’t feel like they will get lost in the crowd, and Uzbekistan is definitely shaping up to be a hot destination for 2020 for good reason — not only is it a beautiful and exotic country, it also has real ‘bragging rights’ because so few people have been there,” she added.

The tour begins in the capital of Tashkent where travellers will see the oldest copy of the Quran in the world. The group then goes on to explore UNESCO World Heritage sites such as the walled city of Khiva while having the chance to sleep in a yurt in the desert.

Other highlights include a visit to Samarkand’s Registan Square with its colourful mosaics, blue domes and lofty arches, as well as an authentic dinner experience with a local family where guests can learn the secrets of how to prepare pilav, a traditional rice dish. 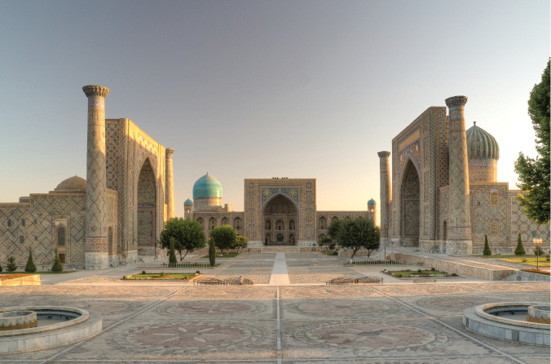