WHEN many think of Africa, their first thought (and sometimes only) is of safaris, but the world’s second-biggest continent has far more to offer. Africa hosts a large variety of ethnicities, cultures, and languages, and far too few think of the continent as one, rather than the 54 diverse countries located within. Here are six experiences not to be skipped, writes Myles Stedman.

Victoria Falls is not just one of the most stunning sights in Africa, it’s one of the most spectacular natural features the world has to offer. Towering 108 metres tall on the course of the Zambezi River, this UNESCO World Heritage Site straddles the border between Zambia and Zimbabwe, meaning it can be experienced on a trip from either of these two countries.

Seasonally accessible from the Zambian side is the “Armchair” or “Devil’s Pool”, a tide pool which allows adventurous visitors to splash around just metres from the cascade. The largest falls in the world, they are accessible by bus or train, and are impressively inexpensive given their magnificence. 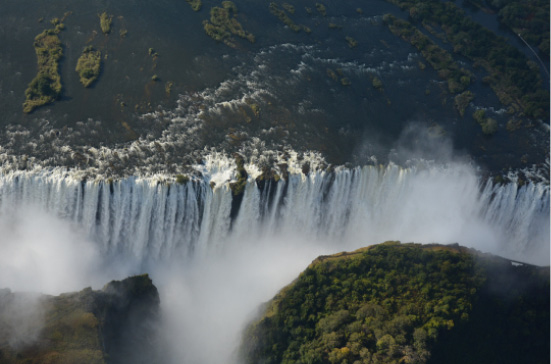 The gigantic red dunes of Namibia’s Sossusvlei are not to be missed for those travelling through sub-Saharan Africa. Located in the southern part of the Namib Desert, in the Namib-Nakluft National Park, a popular way to experiences these salt plains is via a scenic flight, with many leaving from Swakopmund or Walvis Bay. Perhaps the most unique view comes from a hot air balloon, with flights departing from the tiny settlement of Sesriem, nearby in the desert. For those who are more adventurous, the aptly named Big Daddy Dune, at 325m high, offerings a challenging climb, while the more friendly expedition of Dune 45 makes for the most stunning photographs. 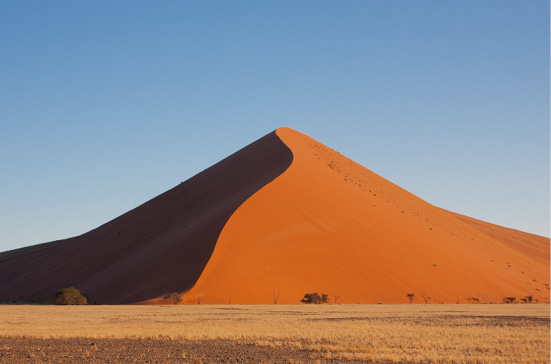 One of the most popular destinations in Africa, Cape Town is the continent’s cosmopolitan capital. Set alongside Table Bay, the best views of the city are from the Cape of Good Hope, the City Bowl, Devil’s Peak, Lion’s Head and Table Mountain. Those with less zest to them can relax at Clifton or Boulders Beach, alongside some of the most expensive real estate in the country, or take in a tipple at the Cape Winelands, offering glasses from nearby wine regions such as Stellenbosch. 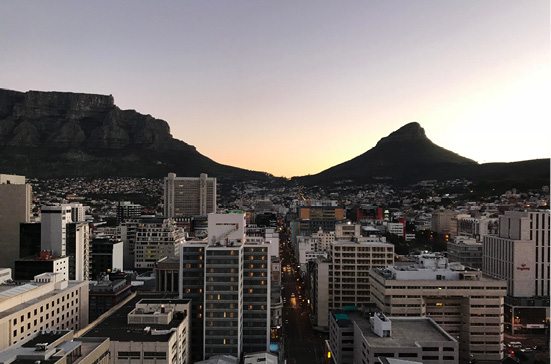 There is plenty to get your heart racing in Africa, but where the continent’s perception deficit lies is in its brilliance as a beachside destination. The island nation of Mauritius, located off the coast in the Indian Ocean, is well-known for its beaches, lagoons and reefs, such as Flic En Flac, Grand Baie, Ile aux Cerfs and Le Morne. Kenya also offers an untapped and underutilised sandy relaxation. The country’s second-biggest city, Mombasa, offers the white sands of Bamburi Beach, Diani Beach, Nyali Beach, and more. Tanzania’s Zanzibar region is home to some of the continent’s best beachside hotels and resorts, all of which have their own distinct local flavour and personalities, such as beach safaris, nightlife and swimming. 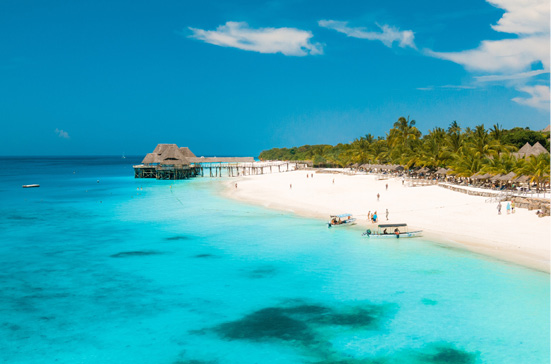 While safaris may be the crown in Africa’s jewel, for those who want to see the animals without the hoopla, the perfect solution is waiting in Nairobi, Kenya. Giraffe Manor, a five-star 1930s mansion, offers guests the opportunity to stay with a resident herd of endangered giraffes. All-inclusive, with meals, drinks, wi-fi and even game drives, the 10 rooms come with balconies or terraces, with some containing split levels. All suites come with coffee machines, mosquito nets and safes, while some lucky residents’ rooms also offer direct access to feeding the giraffes. The accommodation is conveniently located a short drive from Jomo Kenyatta International, as well as local landmarks such as the Bomas of Kenya and the Karen Blixen Museum, but truth be told, the best sights to see may be found by looking through your window. 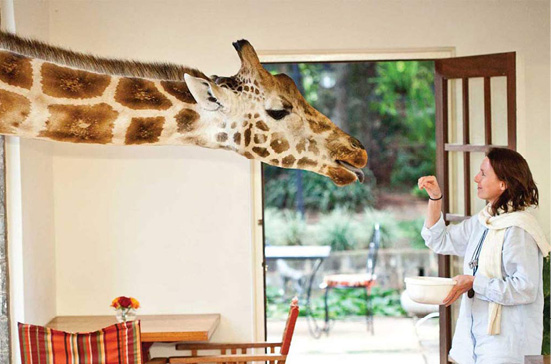 Camp Kalahari is a place as rare as hen’s teeth — in these parts of Botswana, it is one of just three camps in a one-million-acre private wildlife reserve and contains just 12 Meru-style tents. Set among the palm trees and bordering the Makgadikgadi Pan salt flat, the Camp pairs original African furniture and textiles with colonial antiques, and contains a multitude of activities to choose from, including quad biking and horseback riding across the expansive Martian-style landscapes. If you’re sticking around the camp, enjoy a lazy siesta in the swimming pool, where if you’re lucky, you might find an elephant taking a sip — after all, who says you need to go on a safari to truly experience Africa? 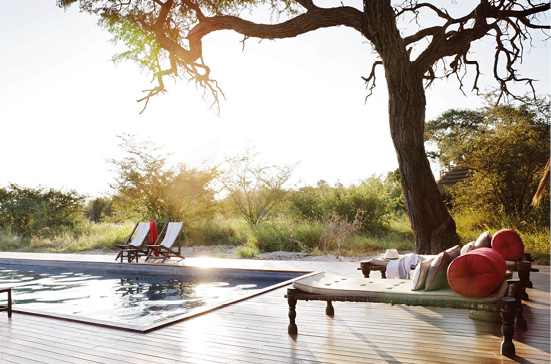