See Croatia from the Sea

Croatia’s popularity as a holiday destination continues to grow worldwide, particularly with Australians, and there are plenty of reasons why. One is the country’s extensive coastline and more than 1,000 islands stretching along the Adriatic Sea, meaning it’s a fantastic place to visit in summer when it’s hot, and a dip in the ocean is so very inviting. And of course there is the Game of Thrones factor, with many visitors flocking to Croatia to see the magnificent ancient buildings and landscapes featured in the popular series.

Many Aussies will visit Croatia as part of a Mediterranean cruise, with large ships calling in on the big cities such as Dubrovnik, Split and Zadar, all of which are well worth a visit. But to get a closer look at Croatia and some of its treasures, a small ship offers the opportunity to explore the less visited islands and ports. I have just returned from a week on board APT’s newest small ship offering — the Queen Eleganza, a vessel purpose-built for Adriatic cruising. The 49m-long ship has only 18 cabins accommodating 34 guests to allow for an intimate exploration of the Dalmatian coast and islands. Being such a small vessel we were able to call in at some really amazing ports and partake in unique activities that only such a boutique product can offer. 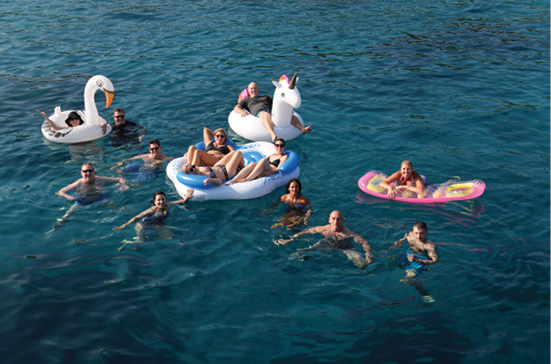 A great feature onboard the Queen Eleganza was the chance to jump straight off the back deck and swim in the crystal clear waters of secluded coves inaccessible to other vessels. Guests could also simply spend time relaxing on the various decks enjoying the serenity of the islands, reading a book or sunbathing. This cruise is at a leisurely pace where the itinerary may vary slightly depending on weather and the guests’ wishes! But for those who wish to explore and discover more of Croatia there is plenty of chance to be a tourist as well. The ship docks overnight in great ports, so passengers are able to wander around the town at their own pace and have the opportunity to dine at local eateries.

We visited the island of Hvar, which has the reputation of being Croatia’s premium party destination. The traffic-free marble streets and 13th century walls — not to mention an airfield for private jets — mean the cosmopolitan Hvar town attracts celebrities as well as backpackers. There are restaurants and bars for every taste and budget as well as a vibrant night life. It’s also a pretty town to just walk around and get lost in the back streets. 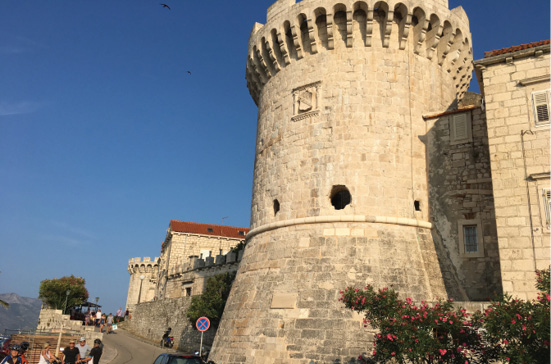 Other ports of call included the island of Korcula — the sixth largest island in the Adriatic. Korcula town is charming with medieval squares, churches and houses. It also claims to be the birthplace of Marco Polo — although the Venetians dispute this. There is a plethora of lovely dining venues overlooking the sea to sit and enjoy a glass of local wine and some delicious food, along with lots of great shops featuring products from local artisans such as jewellery made with local coral.

One of the highlights of the trip was Vis. This island is the furthest from the coast and was formerly a military base for the Yugoslav army. It only opened up to tourism in 1989, hence it is quaint and lacks the development of other islands. Vis was also the location for the filming of the movie Mamma Mia, Here we go again, and it was just our luck that it was screening at the local open air theatre the same night we were in port. What fun to be singing those corny but familiar tunes in the very place the movie was filmed. Nearby is the island of Bisevo, the home of the famous Blue Grotto. As part of the APT experience guests were able to visit this magical cave with its mystical blue waters lit up by the sun’s rays passing through an underwater opening. 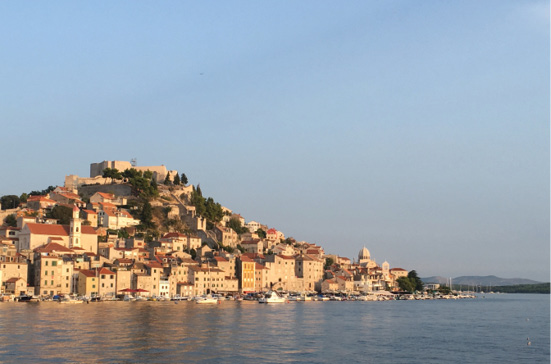 But my favourite place was Sibenik — a coastal town inaccessible to most large ships. Visitors shouldn’t be deceived by the outward appearance of the town as the ship docks, because hidden behind the walls is a delightful medieval town with cobbled streets that wind up to an old monastery and a hillside fort. The town’s back streets and alleys are dotted with cafs and gelato shops, and the amazing UNESCO World Heritage-listed St James Cathedral. This stunning structure is built of stones from local islands, and its most unusual feature is the frieze of 71 heads on the rear exterior wall, believed to be caricatures of 15th century citizens. Sibenik is also the access point to the stunning Krka National Park with its wonderful cascading waterfalls.

It’s understandable why so many visitors are wanting to not only discover Croatia, but also planning to return. It has a freshness about it that hasn’t been spoiled by too much tourism. Croatia is clean and easy to take in, as well as being reasonably priced, with delightful people who are only too happy to proudly show off their home.