Sail away with me

ONE of the most beautiful cruising destinations in the world is enticing Aussie travellers, writes Kristie Kellahan.

Move over, South Pacific. Aussie travellers are setting their sights on the latest cruising hotspot: the islands of the Caribbean. A seemingly insatiable thirst for cruising experiences has led sun-seekers to look beyond tropical favourites New Caledonia, Vanuatu and Fiji. And the Caribbean delivers in spades, offering top-line luxury ships as well as more budget-friendly options including Carnival. Families are catered for with Disney ships regularly cruising the area, while party people will find reason to dust off their dancing shoes on select Celebrity sailings. 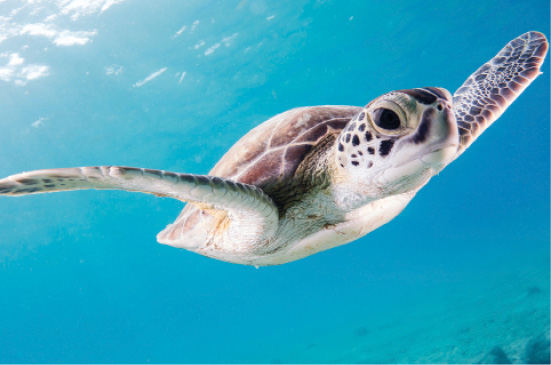 A long-time favourite of American and Canadian cruisers, the Caribbean region has something for everyone and an island for every taste. From the French sophistication of Martinique to the British traditions of Barbados (where cricket is a religion), the island nations of this sunny part of the world have much to offer. There’s the expected, such as snorkelling in turquoise waters in Antigua; the unexpected, lika a museum devoted to the history of slave trading in Curacao and then there’s the downright wacky — swimming with enormous pigs in the Bahamas.

Easily reached from many cities in the US on short, direct flights, and ferries in some cases, a Caribbean embarkation is the perfect add-on to a North American holiday. In fact, many multi-island cruises depart from the US, sailing from New York City, California and Florida.

Distances are relatively short between some islands, so cruising the Caribbean makes it easy to visit multiple countries in one trip, a strategy that is especially valuable for first-time visitors to the region who are dipping a toe in to test the waters. 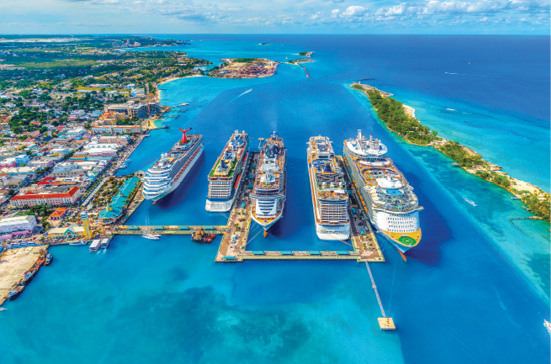 It’s worth keeping in mind the best times to travel, as hurricane season (June to October) can lead to unfavourable weather, itinerary changes and port cancellations. Mid-August to mid-September is when hurricane risk is at its peak, and they often wreak serious havoc. Coinciding with summer school holidays in some US states, it’s a timeframe probably best avoided. December and January departures can be pricey, as it’s peak time for American and Canadian passengers flying south for some much-needed warmth. Expect more sunny days and less rain from February to April.

So where to begin? Many cruise itineraries are divided between east and west, both offering plenty of reasons to sail away. Eastern Caribbean cruises tend to include Puerto Rico, US Virgin Islands, Antigua and Grand Turk. Those dropping anchor in Western Caribbean destinations will likely head for Jamaica and Mexico, as well as Belize, Honduras and Cuba on some itineraries. Ports in the Bahamas often feature on Eastern and Western Caribbean itineraries. Both regions promise tropical weather, sunny beach days and laid-back island culture. 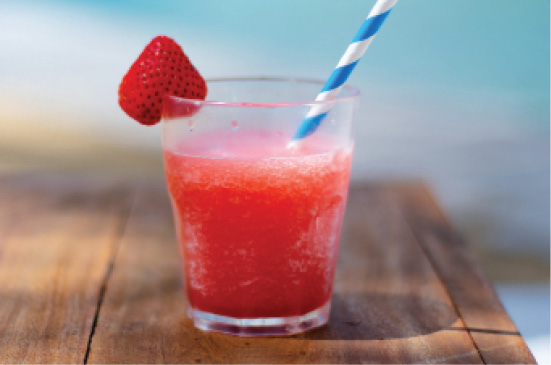 On day trips, there are historic forts and churches to explore, as well as the opportunity to enjoy adventure activities. Water sports, snorkelling and swimming are top-notch. For foodies, the best advice is to seek out local specialties and steer away from predictable American bars and chain restaurants. That means spicy jerk chicken in Jamaica, tasty fried conch fritters in the Bahamas, curried goat roti in Barbados and fresh fish everywhere. The drink of the Caribbean is anything made with local rum, and the stronger the pour the better. Order daiquiris and pina coladas frozen or on the rocks, or keep it simple with a strong rum punch.

One last thing worth noting is the concept of ‘Caribbean time’, a relaxed and unhurried approach to life. While many locals may consider meeting times to be mere suggestions, rather than absolutes, ships do not. They’ll depart on time, with or without their rum cocktail-drinking passengers on board.

Caribbean cruise lines worth packing for

The romance of five-masted traditional tall ship sailing with the intimacy of small vessels, Star Clippers offers multiple itineraries in the Caribbean. The seven-night Antigua to Barbados cruise aboard Royal Clipper is a good introduction to the region for newcomers.

With a large fleet of mega-ships regularly departing from San Juan, Puerto Rico, NCL has the capacity to suit most travellers’ timelines at a price they can afford. Seven- and 10-night cruises tick off dream destinations including the Saints: St Lucia, St Kitts, St Thomas and St Maarten.

HAL’s elegant ships offer modern amenities, great entertainment and a focus on enrichment, as well as some of the best food at sea. Eurodam departs from Florida’s Fort Lauderdale for seven-night cruises to dreamy beach destinations including the Bahamas and Turks & Caicos.