New Zealand’s Mount Ruapehu has set out to overcome the relatively low profile of North Island skiing with a winter marketing campaign targeting the Australian market. 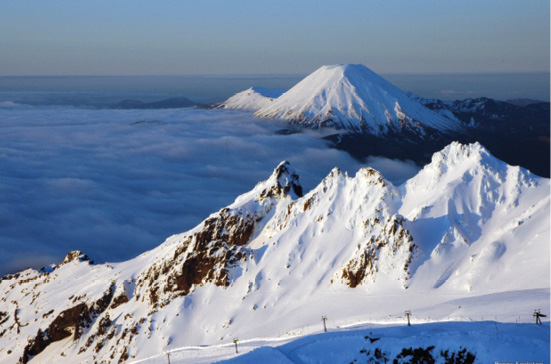 “Leading Australian ski travel wholesalers are now keen to work with RAL and other Ruapehu operators,” she said.

RAL general manager of sales and marketing Michelle Caldwell said Ruapehu was punching above its weight.

“There has traditionally been very low visibility and awareness of our North Island ski areas in Australia,” she said.

“However, through the joint efforts of the regional partners we have managed to get Ruapehu recognised as a new ski destination for Aussies to experience.”

Situated on an active volcano in a UNESCO World Heritage area, Mt Ruapehu is home to two ski areas — Whakapapa and Turoa — which form New Zealand’s largest ski terrain. The area also offers off-mountain activities like hiking, biking and golf year round, as well as other nearby adventures like jet boating, sky diving, bungy jumping and white-water rafting.