ROCKY Mountaineer has released an offer for 2020 bookings, in celebration of the iconic railway’s 30th anniversary next year. The ‘Unforgettable Four’ deal gives guests up to four free perks per booking on qualifying 2020 packages of eight days or more in any class, and a choice of two perks on packages of five to seven days.

Available are two additional hotel nights at the beginning or end of the package; one transfer from the hotel to airport or between a cruise port and local hotel and one set-menu dinner at a hotel in a destination of the guest’s choice.

The Unforgettable Four offer is only available for new bookings made before 31 August, for 2020 travel.

MEANWHILE, Rocky Mountaineer has confirmed from next year it will no longer offer the Coastal Passage route between Seattle and Vancouver, due to reduced interest in the journey. According to a statement from company, it will instead continue to focus on its three most popular routes: First Passage to the West, Journey through the Clouds, and Rainforest to Gold Rush. The decision to cut the Seattle-Vancouver route does not affect bookings scheduled to depart this year. 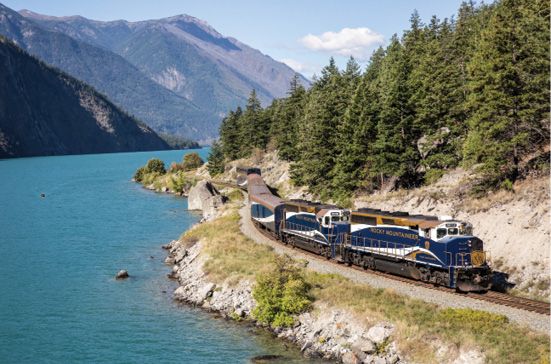