ENJOY your stout? At the Guinness Storehouse, at the home of the world-famous Guinness Brewery, visitors learn how to pour (and sip) the perfect pint. Rambling through 250 years of drinking history can sure build up an appetite, so it’s a good thing the on-site restaurants and bars serve up delicious food with a kick. Tuck into the sticky Guinness chicken wings or hearty beef and Guinness stew.

DISCOVER that good things come in small packages. At the Little Museum of Dublin, learn about the city’s history and nose around a beautiful example of an 18th Century Georgian townhouse. With more than 5,000 artifacts over three floors, it’s perhaps not as little as the name suggests. Temporary exhibits present plenty of new reasons to visit, while the permanent collection includes a room dedicated to the enduring legacy of U2. Entry is by guided tour only. 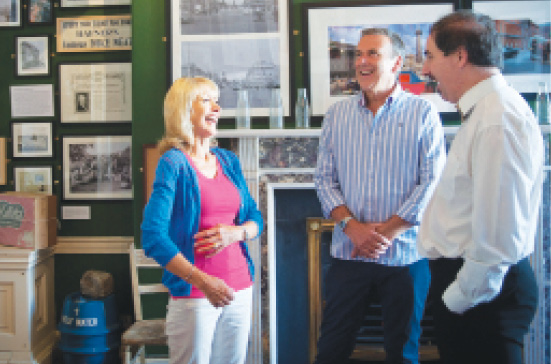 SAMPLE the new tastes of Irish fare. Local chefs are upping their game with clever fusion concepts, sophisticated restaurants and creative, tasty ways with classic dishes. If it’s gastro pub nosh you crave, head to Walled City Brewery in Derry-Londonderry, or The Exchequer in Dublin. Former Irish rugby international Keith Wood has opened Upstairs at Wood & Bell, in his native County Clare. With a menu focused on classic, French-influenced dishes, the restaurant proudly boasts herbs and many fruits and vegetables grown in the on-site garden.

LEARN about the immigrant/emigrant experience at Epic: The Irish Emigration Museum. Modestly touted as a place to learn about all the ways the Irish have influenced and shaped the world, this new museum is a game-changer. Since opening its doors two years ago, the museum’s high-tech exhibits and thoughtful exploration via interactive displays has been a hit with visitors from around the world. Many plan a trip with the hope of researching their own Irish roots, an endeavour the museum staff can help with at the Irish Family History Centre.

TREK along the scenic Causeway clifftops on a three-hour guided hike. The striking basalt columns of the Giant’s Causeway are one of the most popular sights in Northern Ireland, dramatic in any season. Game of Thrones fans will want to sign up for the filming locations tour. Be aware that along the Antrim Coast, timed tickets are now required to cross the rickety Carrick-a-Rede Rope Bridge. In an effort to manage the flow of traffic, local authorities have enforced this new system. They’re only available in person on the same day, so arrive early before they sell out.

EXPLORE Belfast and the Causeway Coast. Lonely Planet has voted it the Best Region for Travel in 2018, citing the great restaurants, some of the country’s best chefs, Titanic history and dramatic landscapes that have wowed Game of Thrones audiences. In Belfast, take a Black Taxi Tour for a look around town with running commentary from a local cabbie, then check out St George’s Market for an abundance of fresh food choices. Rent a car and tour the scenic route between Belfast and Derry-Londonderry for a road trip with a slice of history. 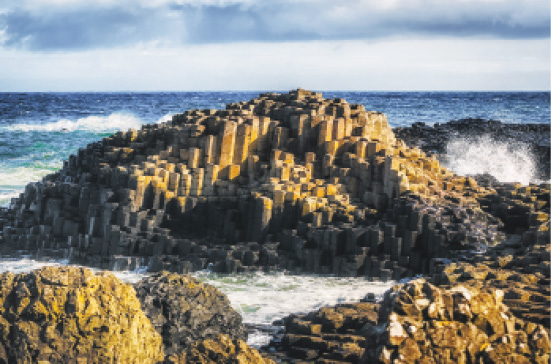 ENJOY the summer feels. The warmer months in Ireland are celebrated with festivals and music tours by big-name international artists. This year sees Ed Sheeran tour the biggest stadiums throughout the country, followed the next month by The Rolling Stones and Taylor Swift. Head to Dublin to catch Nick Cave and the Bad Seeds in a rare performance on 6 June, or rock out to Alanis Morrisette on 5 July. Still cool after all these years, Roxy Music’s Bryan Ferry plays Dublin on 27 July. Electric music fans will have an abundance of festivals to choose from, while Summer in the City, a two-day open-air event, will be headlined by The Chainsmokers. The family-friendly Groove Festival will rock it 90s-style with fan favourites from the decade of R&B and girl-band hits.

YOU can save money at the Titanic visitor experience in Belfast. Discount tickets are sold one hour before closing: 10 pounds, rather than the usual 18.50. But with so much to see, it’s worth paying full price to stay a while longer. Nine interactive galleries bring together rides, reconstructions, special effects and virtual reality technology to bring to life the story of that fateful voyage. The White Star shipping line has one remaining ship, the SS Nomadic, open for tours. Stay at the Titanic Hotel Belfast and enjoy sweeping views of the Harland & Wolff shipyard, where the Titanic was designed. 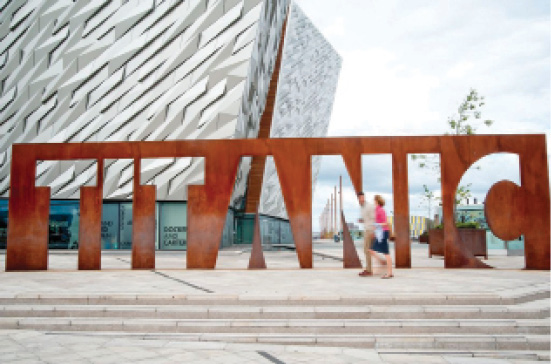