THE Northern Territory Government has hailed the cessation of climbing on Uluru, formally acknowledging that the natural icon had finally been returned to its traditional owners, the indigenous Anangu people.

“Today, the spiritual heartland of Australia is handed back to its people, who have shared their stories for decades,” a spokesperson for the NT Government said.

“Uluru will still remain one of the major Australian drawcards for international and national visitors.” 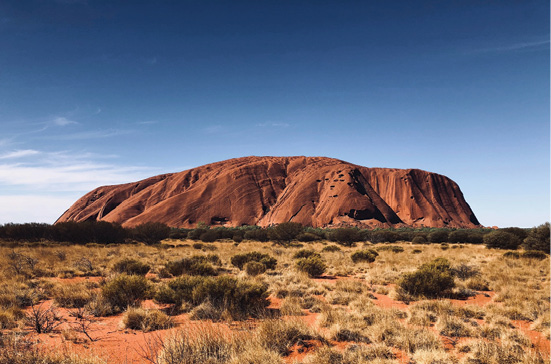 Among the post-climbing tourism initiatives flagged by the government are the launch of an arts trail campaign, new drive sector marketing activities with specific routes that include Uluru and its surrounding areas, as well as an extension to its Field of Light installation to 31 December 2020.

The decision to close Uluru to tourist climbs was brought about by concerns from traditional owners who felt climbing the monolith was offensive on cultural grounds, as well as expressing concerns about safety and the environment.

The number of people climbing Uluru prior to its closure had been well down on numbers posted in the 1990s, with the ABC reporting that only 16.2% of visitors chose to climb the rock in 2015, as opposed to an estimated 74% in the 90s.