The enduring appeal of the Caribbean has helped the region weather two of the most destructive storms ever to emerge from the North Atlantic, putting its island territories on track for a year of growth in 2018.

In its first major analysis since hurricanes Irma and Maria ploughed through the area last year, the Caribbean Tourism Organization (CTO) says its members managed to achieve modest overall growth in 2017, despite widespread devastation in several key destinations.

Visitation was up 1.7% on 2016 figures, with an estimated 30.1 million tourists visiting the 26 destinations covered by the CTO last year. But overall annual growth fell way short of the 6% increases seen in several months before the storms hit, dashing hopes of a boom year.

Irma, which emerged in early September, was the strongest hurricane ever recorded in the open Atlantic before it hit the Caribbean with winds peaking at 285km/h. It was followed two weeks later by Maria, which packed winds of similar intensity and became the deadliest storm of the season. 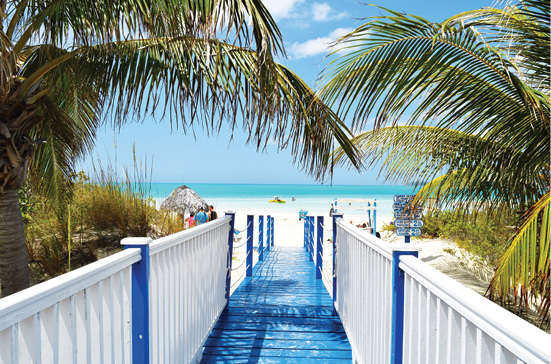 “Each destination suffered severe disruption to its growth in the months which were to follow,” the CTO said in its recent review. “Monthly declines (in arrivals) typically exceeded 30% and reached as high as 90%.”

Despite the devastation, the CTO says vast areas of the Caribbean were unscathed, allowing key destinations to continue trading amid strong tourism demand.

With the majority of resorts back up and running — and billions in investment still to come — the CTO is confident of sound growth this year.

“For 2018, tourist arrivals to the Caribbean are projected to grow between 2% and 3%, but growth will be uneven among the destinations,” the CTO says.