ON an escorted small-group tour of Norway, Kristie Kellahan is impressed by the stunning natural landscapes.

With close to 325,000km2 of wide-open spaces, Norway’s natural beauty has to be seen to be believed. The best way to take in the awesome sight of frozen glaciers, picture-perfect fjords and snow-capped mountain ranges is to travel beyond the capital, Oslo, to the great outdoors where mainly locals go. And one great way to do that? Join a small group tour. 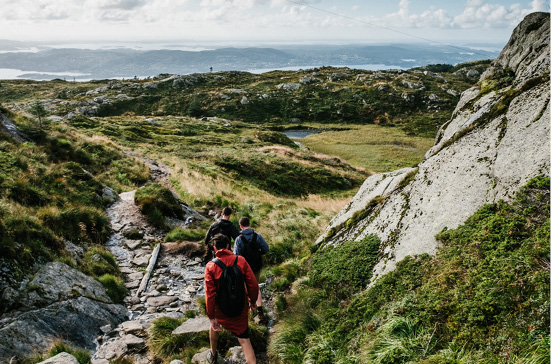 There are many operators, but one great one is Back-Roads Touring, with its philosophy of ‘organised independence’. One of the main benefits of a small group tour is guests can do as much or as little as they like, appealing to the type of travellers who normally prefer to go it alone.

Generally a small group tour has a maximum of between 12 and 20 passengers, depending on the company you travel with. For my trip, the group was only 11 people. Five were solo travellers, plus a globetrotting retired couple, a mother-daughter duo and two sisters. There was an emphasis on mixing and mingling during my small group tour. Guests are encouraged to get to know each other by sitting with different people each night at dinner, and as the week progressed, the small group bonded in a way that a larger group may not have.

During the eight-day tour we covered a lot of ground, and it was a relief to hand the wheel to our capable Swedish driver, Dan. We travelled along narrow, winding backroads, where we often had to cede right of way to wandering livestock. 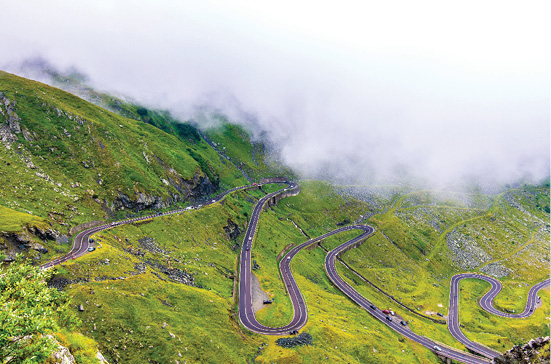 A self-drive tour of Norway would be possible, though it would likely be expensive and time-consuming to plan. Plus, with eyes on the road, you’d miss the opportunity to stare out the window at the spectacular scenery. As well as the capable skills of our driver and the comfort of being chauffeured around Norway, we didn’t miss out on the chance to travel on other classic forms of transport, such as the famous Flam railway and cruising to the spectacular Geirangerfjord.

One of the most compelling reasons to join a small group tour, rather than go it alone, is the ease with which logistics are taken care of by someone else, leaving holidaymakers free to sit back and enjoy the ride.

Maarit, our guide, was organised and knowledgeable about Norway. Quick to cite interesting trivia about the stunning landscapes we drove through, she had done her research on everything, from where to stock up on affordable alcohol to the best place to buy vintage Norwegian crystal. She looked after us every day, even on a walking tour in Bergen when we were led by a local guide. 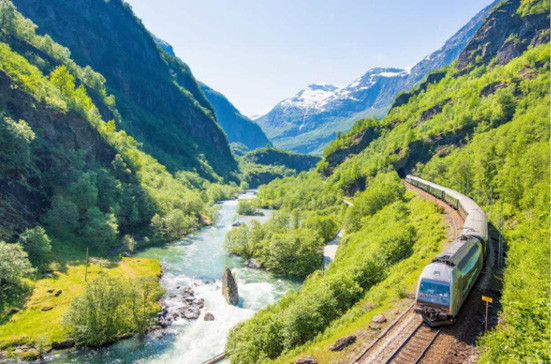 There are other perks to a small group tour, even when visiting some of the popular destinations. We were skipped to the head of long queues at museums for VIP entrance, and benefitted from visits to out-of-the-way cheese-makers. At a traditional farm on Norway’s Fruit and Cider Route, we were given a personal tour of the apple orchards by the fourth-generation lady of the house, before a private tasting of their organic apple cider.

Along the way we stayed in boutique hotels, rather than 5-star international hotel chains, which just added to the local charm. Norwegian breakfast buffets are worth the trip alone; tables are piled high with smorgasbords of hearty homemade bread, responsibly-farmed salmon, and many kinds of cheese and local berries. The food was delicious, fresh and satisfying, often enough to fuel us until dinnertime. Lunches and snacks in Norway can be pricey, so a big breakfast is the smart way to start the day.

On the last night of the tour the group came together to share a farewell dinner and AirDrop photos to each other. We’d covered more than 3,000km, snapped hundreds of pictures and eaten a month’s worth of salmon. More than that, we’d all gained a new appreciation for a country that was only enhanced by how much we were able to see the ‘real’ Norway — far more than if we’d been travelling by ourselves. 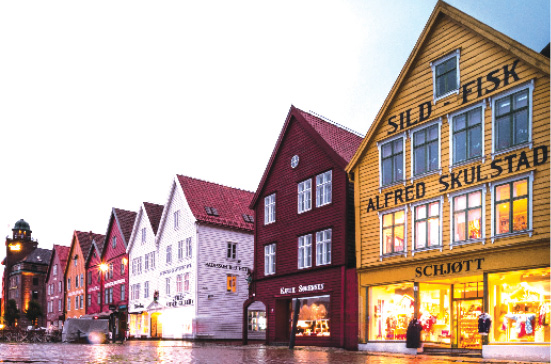