New Zealand for young and old

FROM being the first in the world to experience the dawning of a new day on the East Cape on New Zealand’s North Island, to cruising through Milford Sound or hiking along Franz Josef Glacier on the South Island, the Land of the Long White Cloud has a lot to offer travellers of any vintage writes Nick O’Donoghue.

A relatively short hop across the Tasman Sea makes New Zealand an easy destination for most Australian travellers — although for rugby fans and Wallabies it can be a painful place to visit.

Just a three-hour flight from Sydney, New Zealand’s most populous city, Auckland is one of the country’s main international gateways and provides an ideal starting point to explore the North Island.

While rugby is close to being a religion in the country, Auckland is the current home to another national sporting obsession, the America’s Cup, with the country reclaiming the title in 2017, having relinquished it in 2003 after an eight-year reign.

As Cup holders, New Zealand will again host the America’s Cup challenge in March 2021, with visitors to the City of Sails over the next 15 months likely to see the defenders and would-be challengers literally flying across the water in some of the most high-tech yachts in the world. 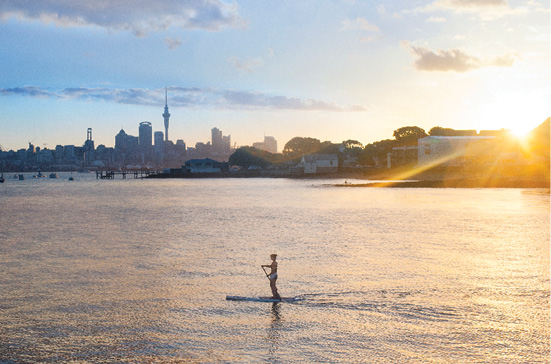 The harbour’s waters are not the exclusive domain of high-performance sailors, with tourists also getting the chance to enjoy a wide range of activities, from sailing and surfing to whale and dolphin safari cruises.

From the City of Sails, visitors can explore much of the northern part of the island, whether they travel north to the subtropical forests of Northland and the stunning Bay of Island, east to the Hell’s Gate Geothermal Park and Mud Spa or embrace Maori culture at the homed of “Maoridom” in Rotorua in the Bay of Plenty, or go south into the Waikato region to get a taste of JRR Tolkien’s Middle Earth.

For those who travel eastwards along the north coast, the Motu Trail, a 90km cycle loop at Opotiki provides an opportunity to take in some stunning scenery as it winds its way along the coast passing dunes, and Pacific vistas — including the volcanic White Island — before turning inland to ToaToa and back to Opotiki.

Further east is the Gisborne District and the secluded East Cape, where visitors can escape the hustle and bustle of city life and be the first people on land anywhere in the world to welcome the new day.

Travel south along State Highway 35 to Gisborne and on to Napier in the wine country of Hawke’s Bay.

Moving back inland to Lake Taupo and its namesake city, adrenaline junkees can get their first real fix of New Zealand’s adventure tourism industry. From jet-boating and rafting to skydiving, it is the North Island’s answer to the adventure capital of the world, Queenstown on the South Island.

Onwards to the capital, Wellington is home of the Te Papa Tongarewa museum, which showcases the country’s diverse art and visual culture, alongside breathtaking views over the region and the Cook Strait, separating the North and South Islands, from the summit of Mount Victoria. 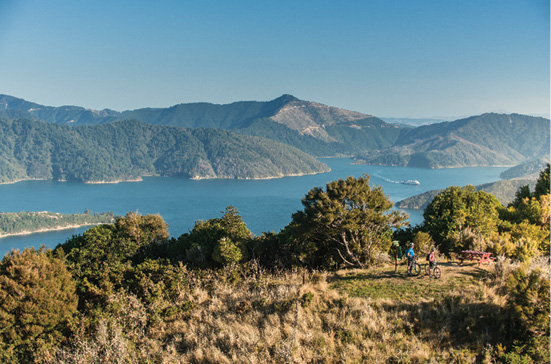 Sailing across the strait to Picton in the South Island provides the opportunity to see a range of marine and birdlife, with five species of dolphin including orcas, at home in the short stretch of water between the two islands.

Returning to solid ground, Picton is the gateway to the rugged and beautiful South Island.

For those looking for a relaxing getaway and the chance to sample New Zealand’s finest wines, Picton offers easy access to the Marlborough region, which is home to approximately 140 wine companies and 26,000 hectares of vineyards, with sauvignon blanc the most widely grown grape variety.

Those seeking adventure can take on one of New Zealand’s Great Walks along the Abel Tasman Coastal Track, through the Abel Tasman National Park, with a range of accommodation options available along the route, which can take between three and five days to hike.

To the south lies Queenstown, a mecca for those willing to jump off or out of anything with AJ Hackett’s trilogy of bungy jumps, the 43m Kawarau Bridge Bungy, the infamous 8.5-second freefall of the 134m-high Nevis and the 47m “freestyle” insanity of the Ledge Bungy — where this less than intrepid traveller stared down fear, removed the harness and backed away slowly, before cancelling all other adrenaline-inducing activities and retiring to the comfort and safety of Fergburger.

Nestled in the Southern Alps, Queenstown is also home to some of New Zealand’s top ski fields during the snow season, with Coronet Peak serving as a useful launch site for those looking to paraglide.

Having experienced the surge of excitement brought on by abandoning your senses in the adventure capital, the peace and beauty of Milford Sound highlights the diversity of New Zealand.