Home  >  Magazine  >  More to Shanghai than meets the eye

More to Shanghai than meets the eye

JENNY Piper goes to Shanghai to buy some fake Gucci and comes away with more than a pair of sneakers!

I had never really wanted to go to Shanghai but recently had the chance to be a ‘plus one’ at a conference and as it was before Christmas I thought it may be a chance to buy some ‘fakes’ for those teenagers and young adults in my life who love their designer brands. Very shallow I know.

I had low expectations as my previous visit to a different Chinese city had been disappointing — pollution, crowds, dirtiness and chaos on the roads had put me off. But what a delight was in store for me. Shanghai is nothing like that. It’s a dazzling world class city with lots of surprise.

With a fascinating history, this city has really only grown up in the last 30 years. In the 1980s the Pudong area along the Huangpu River was just rice paddies. Now it is home to the iconic Oriental Pearl TV Tower and many other amazing skyscrapers. 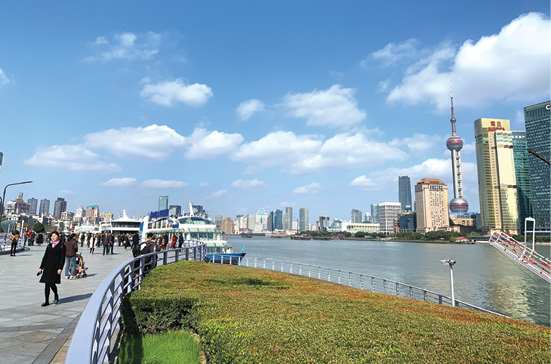 With only a few days to explore I relied on a travel agent friend to give me recommendations to make the most of my time. First place on the list was the Bund. This area of Shanghai sits along the banks of the Huangpu River and is dominated by beautiful old buildings dating back to its colonial days. They are art deco and neo-classical style, a reflection of the city’s history. Foreign influence was strong in Shanghai from the mid 1800s, especially from the British and French, who were mostly merchants trading in opium for the Chinese and silk, tea and porcelain for Westerners. The grand old buildings along the Bund were home to powerful banks and trading houses. Now they house designers, exclusive hotels and up market restaurants. A stroll along the riverside promenade at any time of day is fantastic but a wander at night seeing the dazzling lights across the river of the Pudong area is a must.

Of course the tourist thing to do is to visit Shanghai’s old town. Here you will find the Yuyuan Gardens with its traditional pavilions, beautiful classical style Chinese gardens and ponds filled with fish. Next door is the tourist bazaar and Old Street, great for buying gifts and curios.

What did surprise me was the abundance of wealth on show. Flashy cars abound as do many Michelin-starred restaurants, especially around the Bund area. Nearby is Nanjing Road, the main shopping street, with a pedestrian only section featuring many designer brand-name stores as well as dining options. At night it is lit up by an amazing display of neon signs. While on Nanjing Road it’s well worth a visit to the Fairmont Peace Hotel. This beautifully restored art deco building maintains its glamorous feel from days gone by. A drink at the famous Jazz Bar is a Shanghai tradition — The Old Jazz Band is made up of musicians from the late 40s who have performed for world famous celebrities as well as locals over the years. Be warned there is a cover charge per person — not to mention $80 cocktails!

Also high on the list of attractions to visit is the French Concession. It’s not really an attraction but a delightful area of Shanghai that used to be home to the French Government during colonial days. The area has a unique architecture and magnificent tree lined streets setting it apart from other areas of the city. I was lucky enough to be given a personal tour of the area by Wendy Wu — who showed us around the back streets and the markets where the old locals buy their food every day. The area is now home to many ex-pats and has an array of trendy boutiques, galleries, cafes and restaurants. It’s a great place to spend a day wandering and getting lost. 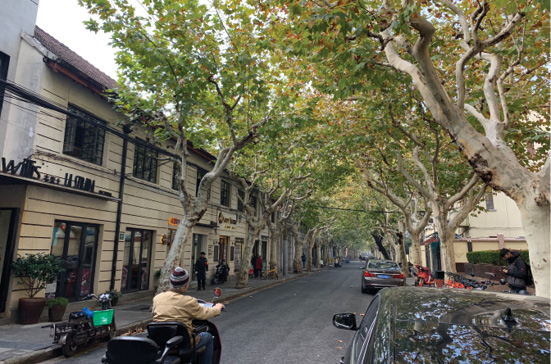 The real reason I went to Shanghai was to shop. I would have liked to have had some clothes made, but unfortunately time didn’t allow. I did however visit the South Bund Fabric markets to check out what I was missing. I was assured here by the many salespeople that they could make an outfit for me in 24 hours, but this seemed a little risky. If time allows take a favourite item and have it copied, or get an evening gown or tailored suit. With three storeys of little tailor shops it can be a bit overwhelming but you will be sure to find the fabric and style you want.

Now for the fakes — I left this until my last day as I had been warned it could be full on, so didn’t want to do it alone. I had been well prepared by fellow travellers about what to expect. AP Plaza is the place to go, located underground at the Science and Technology Museum train station. We were greeted straight away by a local who wanted to help us buy fakes. He was going to take us to the ‘secret’ rooms where the good ones were. We just followed him and he delivered as promised. I do believe the selling of fakes is illegal so there was some waiting around as subterfuge involved. The experience was fun and we came away happy with our purchases — shoes, bags and jewellery. I also got some prescription glasses made in an hour at a very reasonable price — who knew that would be an option!

I returned to Sydney with my bags full — I am now the favourite Auntie having given Gucci slides and sneakers to the various nieces and nephews. Of course I was required to buy a few ‘Guccis’ for myself. I came away feeling like I had only just touched the surface of Shanghai. I would highly recommend it for a girls trip — plenty of groovy places to eat and drink, nice hotels to stay in, lots of shopping options — what more does a girl need? 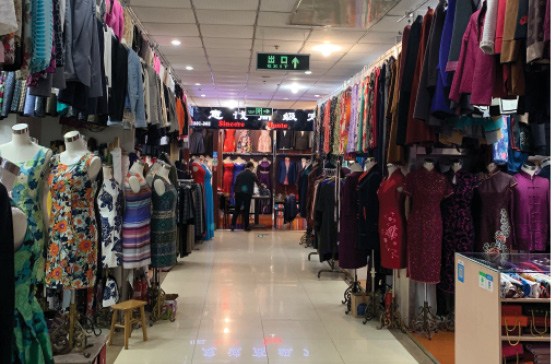