IF convenience, reliability and value aren’t reasons enough to ride Europe’s rails, then the passing scenery will convert you, suggests Brian Johnston.

Who can resist a good train ride? The clickety-clack of the rails invites us on a journey that releases us from the bondage of driving and the nightmarish hassles of airports. You can relax, read a book and be lulled by flickering scenery. On a train, you can enjoy Europe in comfort and ease, whether you’re on the Mediterranean’s shores, the summit of mountains or zipping past hilltop towns popping with medieval towers and baroque domes.

Europe is so criss-crossed with railway lines that it’s an easy matter to have an entire holiday without ever climbing into coach or car. Dizzying rack railways, heritage steam engines, ultra-modern high-speed TGVs and rural all-stops trains provide brilliant variety. European trains have always been punctual and reliable. True, a decade or more ago train travel had an image crisis, seen as more expensive, tedious and slower than flying. No longer, though, as railway companies have responded to the budget-airline challenge with upgrades and added comforts. 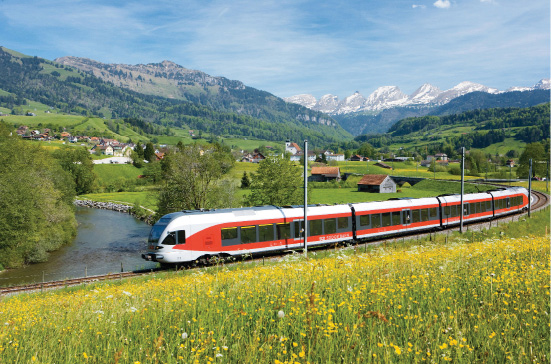 The roll-out of high-speed lines has also made travel times between many major European cities faster by rail than air. You can travel between London and Paris in two-and-a-quarter hours, half the air time if accounting for airport transfers, check-in times and security queues. You can get from Barcelona to Madrid in a scenic four hours, Rome to Florence in 90 minutes. The French TGV, among the fastest trains in the world, is an experience in itself.

What’s more, train stations have more history and beauty than airports. Many were built in the Victorian era and are wonderful buildings complete with ornate plasterwork and statues — certainly you’ll be delighted with St Pancras in London, Gare du Nord in Paris, Hlavn in Prague and Centraal in Antwerp among many others. Many new stations have been built too, particularly at airports, allowing travellers to transfer seamlessly from plane to train in cities such as Amsterdam, Barcelona, Brussels, Frankfurt, Munich, Paris, Rome, Vienna and Zurich.

Ticket pricing has become more competitive in another response to stiff competition from budget airlines. There are also a considerable number of special rail passes that allow unlimited travel and considerable savings over purchasing individual tickets. The best-known is the Eurail Pass, but others cover particular groupings of countries or regions. National rail passes can be excellent value too if you’re sticking to a single nation. The Swiss Travel Pass, for example, offers unlimited travel by train, bus, lake steamer and urban transport systems, plus free entry to many museums. Many European passes offer hefty discounts for under-26s and for groups of two or more people travelling together, although you’ll pay a supplement for premium services such as high-speed trains. 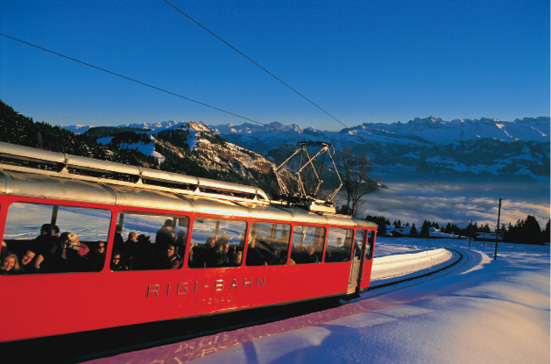 Cost apart, there’s no better way to absorb Europe than by train. Everywhere you go you’ll come across transport delights: the old-fashioned orange train that runs from Innsbruck up the mountainside to Igls in Austria, the spectacular train of the French Alps that creeps up the flanks of Mont Blanc, or the ultra-modern ICE trains that whisk you through Germany with startling efficiency. Luxury services such as the Orient-Express through central Europe, Grand Hibernian in Ireland or Northern Belle in Britain bring back the era of old-world extravagance in what might be described as a deluxe cruise on wheels. 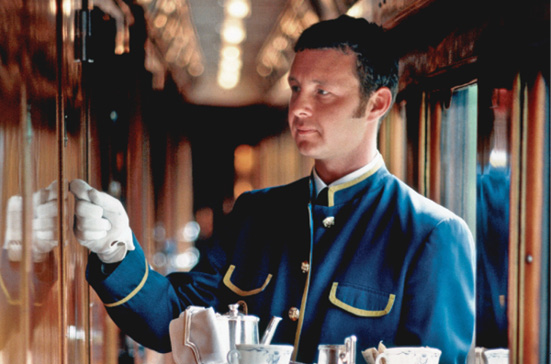 Without having to concentrate on driving, you can enjoy the scenery. While practically any train route in Europe offers lovely outlooks, some train journeys are particularly fine. The Flm Railway between Bergen and Flm in Norway is famed for its incredible scenery; in fact, the train often stops for passengers to admire the views. The Inlandsbanan train in northern Sweden delivers you deep into Lapland, a mostly untamed northern wilderness of midnight sun, endless forest and great herds of reindeer.

The Schafberg Railway in Austria propels you on a cog system through flower-filled meadows to views across lakes, mountains and Dachstein Glacier in the heart of the Alps. Similarly, the Mt Pilatus Railways near Lucerne in central Switzerland is a jaw-dropper. The original 1889 tracks on the world’s steepest rack railway take you on a heart-jolting journey up a vertical rock face to a sometimes ice-encased viewpoint, from which it seems you can see across the entire Swiss Alps.

You don’t have to travel on more expensive tourist and mountain trains to admire the views, however. Regular ones will do. In Switzerland, the trains from Lucerne or Montreux to Interlaken, provide outstanding scenery.

Also recommended: Salzburg to Zurich or Munich, Loch Lomond to Fort William in Scotland, Rome to Nice, and Koblenz to Mainz along the Rhine River in Germany, with wonderful views of vineyards and medieval castles. Just ride the rails onwards, and admire.