Lager, ale, pilsener, stout…whatever your beer preference, you can be sure to find something to tempt your tastebuds when travelling around Europe, but did you know there’s a lot more to a good brew than just drinking it? It’s all about immersing yourself in the experience — sometimes quite literally, writes Sarah Fairburn. 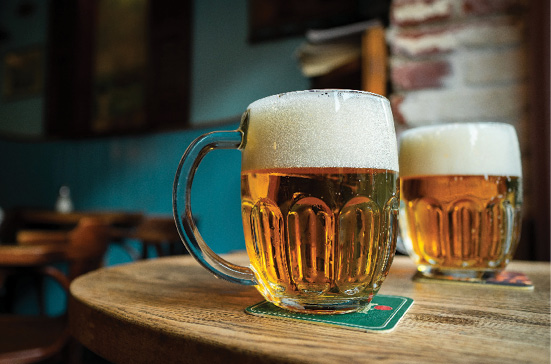 Step inside iconic beer brand Heineken’s first-built brewery in the busy hub of Amsterdam, and you’ll be swept up in an immersive tale of hops and history. Built in 1867, the building originally pumped out the popular Dutch beer until it was closed in 1988 due to inability to meet the high demand — an interesting problem for a brewery to have indeed. In 1991, the building reopened as a brewery tour and information centre in an effort to bring the Heineken product and brand to life. The attraction grew steadily in popularity until, in 2001, it was rebooted once again and renamed the Heineken Experience. These days, the so-called “interactive beer museum” is frequented by tourists and brew aficionados alike who come from all over the world to look, touch and most importantly taste their way through the brand’s heritage, brewing process, innovations and sponsorships — all capped off with two chilled glasses of Heineken at the end of the 90-minute self-guided tour. 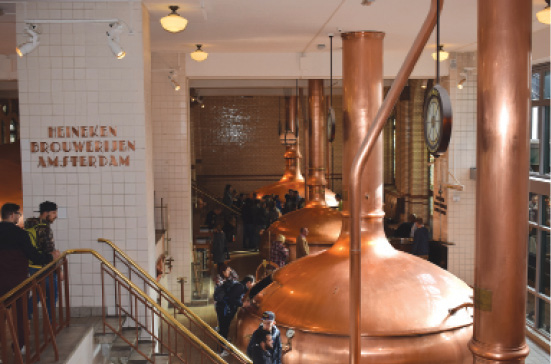 Think the amber-tinted Oktoberfest in Munich is the only German celebration of beer worth its salt grain? Think again. Berlin’s International Beer Festival, held on the first weekend of August each year, offers fans of the froth more than 2,400 different beer specialities from more than 90 countries. The event, which attracts people from all over the world, is a proud Guinness World Record holder for featuring the “longest beer garden in the world”, its trail of beers winding down the prominent Karl-Marx-Allee for a whopping 2.2km. And the event is not just about the beer — it also showcases a range of traditional German cuisine and entertainment, with wannabe singers vying for the chance to become the “Voice” of the festival at the annual singing competition. Sehr gut! 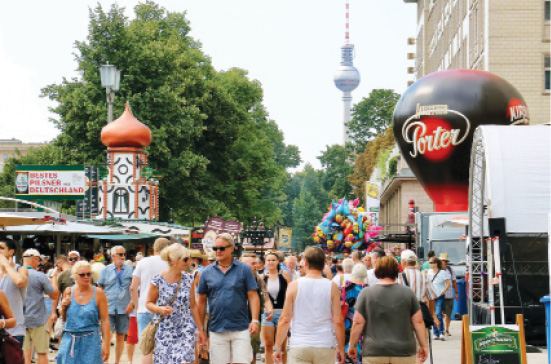 If riding a bike while enjoying a brew sounds like the ideal way to experience a new city, then hop aboard Urban Safari’s Beer Bike in Madrid, Spain. The electrically assisted bike offers space for up to four passengers plus a driver from the company, taking tourists on a unique one-hour tour around the city. The package includes two 250ml cans of beer, while those with a tendency to get a bit thirsty can upgrade the experience to one litre of beer. But the party doesn’t stop there — bikers can also hook up their playlist to the vehicle’s speakers and enjoy their own music. Don’t like beer? Urban Safari also offers a range of Sangria bike rides, including one or two pint journeys, as well as the “Unlimited Sangria” trip. Salud. 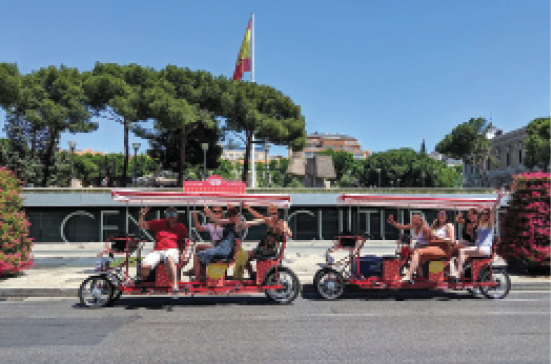 Is it a brewery? Is it a day spa? Is it a hotel? No, it’s the Purkmistr, where brewing dreams really can come true. Located in Pilsen in the Czech Republic, the Purkmistr offers a range of accommodation options as well as its own onsite brewery. But perhaps the biggest attraction at this palace of pilsner is its Beer Spa. Visitors can choose from an extensive spa menu, including the chance to languish in their very own tub of lager. The aptly named Beer Bath features a “special mixture” containing Pilsner-style beer, vitamin B, and a selection of hop and cereal extracts that envelop the body at a balmy 35-37 degrees Celsius. The soothing temperature is designed to offer “overall healing effects” as the liquid works to remove all traces of stress while rejuvenating the skin. Pores are opened, with “noxious matters” better able to leave the body. And if sitting in a pool of pilsner wasn’t fabulous enough, each bath comes with its own wooden barrel of Purkmistr 12 lager from which you can tap your own beer. Bliss.

Beer was certainly a popular choice for Game of Thrones characters — many a scene would show everyone’s favourite Westerosi slugging from ancient-looking beer mugs in rowdy beer halls, but what would that beer taste like in the modern-slash-real world? Local Lithuanians believe it would be a lot like the homemade beer they are known for. Those who have had the honour of trying this unusual beer style are often left both fascinated and confused. The odd use of ingredients, such as peas, flowers, or raspberry stems make this beer style one for the most daring. Locals believe their beer style is the oldest and most traditional in Europe — so travellers paying a visit to any of the country’s beer halls will be able to experience beer that contains a yeast strain that has not yet been identified as a part of any known species. Arguably the most famous Lithuanian beer is said to be the amber-coloured Jovaru ale. It’s hoppy, fruity, sweet and bitter all at once, and its 71-year-old brewer, Aldona Udriene, has received some of the highest ratings in the beer world for these quirky concoctions. Can we get an ALE yeah?! 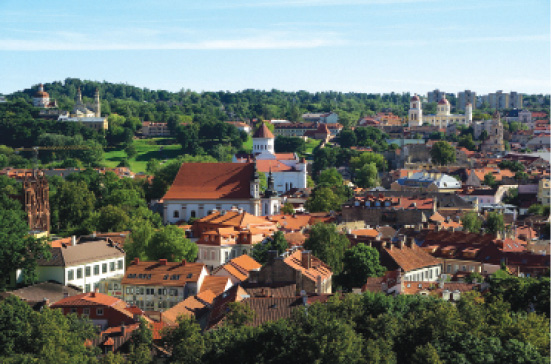