THIS year has some big things in store for our Pacific neighbour Fiji, with a number of tourism initiatives planned to ensure Aussie travellers keep the destination top-of-mind when planning their next tropical escape.

Tourism Fiji will get the ball rolling via the relaunch of several new marketing assets to further consolidate its Where Happiness Finds You brand message.

The move will incorporate brand new logos and follows a partial refresh of its marketing collateral last year.

Meanwhile, phase two of Tourism Fiji’s Bulanaires campaign will also roll out in Australia this year, capitalising on the success generated in 2019, which saw the Pacific island’s marketing strategy push the aspirational notion of celebrating people “rich in happiness”. 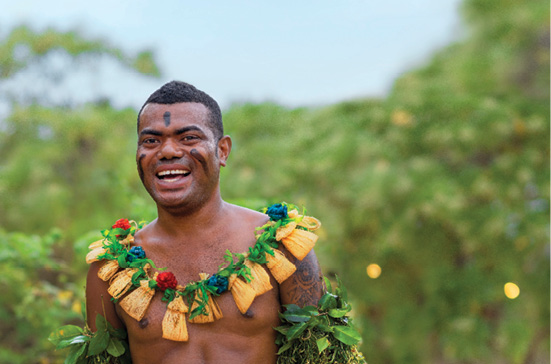 To provide the campaign with a sense of authenticity, the marketing push last year was undertaken in consultation with independent consultants such as Professor and TEDx speaker Lea Waters, who specialises in “happiness psychology”.

However, this year the focus will shift slightly to celebrating the true heroes of the Fijian hospitality industry and those that regularly communicate the ‘Bula Spirit’ — local Fijians.

Fiji recently topped a global Gallup International survey for Happiness, Hope and Optimism, with the same survey also indicating that global happiness is on the decline, a point the idyllic island nation is hoping to leverage through its marketing efforts locally.

The festive feel will be capped off during Fiji Day which takes place 10 October, a day which will celebrate 50 years of independence for Fiji.