RAJASTHAN is deservedly India’s prime destination with its fabulous monuments and palaces, flamboyant street life and brooding atmosphere. Here are the highlights according to Brian Johnston.

Hard to say what’s best about Rajasthan. The dark, rather eerie Jain temples perhaps, where marble statues have eyes of glowing semi-precious stones, and devotees circulate with offerings of sweet cakes and sandalwood. Maybe Ranthambore National Park, where crumbling maharaja’s hunting pavilions sit in tiger-haunted forest in which langur monkeys squabble. Any number of kaleidoscopic street markets, an assault of spiciness and camel-leather slippers, crowds and wandering cows. Huge monuments of magnificent dilapidation and historical grandeur. Or perhaps just India’s passing street spectacle that has you goggling in amazement.

Rajasthan is India’s largest state, covering a tenth of the nation’s land area, and about the size of Germany. Much of it is covered by the sun-beaten and occasionally lake-studded plains of the Thar Desert, a shimmering, stony landscape that suddenly pops with craggy fortresses and blue- or pink-painted towns. The ‘Land of Kings’ is suffused with Rajput warrior history, still reveres its various maharajas, and has a rich, colourful culture. Many of its great heritage forts and other buildings have been converted into sumptuous luxury hotels, making this the place to live out your Bollywood fantasy — though opulence clashes with poverty, colour with austerity.

Jaipur is Rajasthan’s most-visited city. It was laid out by the local ruler in 1727 on a grid system of streets surrounded by 10km walls washed with pink, the traditional colour of hospitality. At its heart, the gigantic City Palace is crammed with illuminated manuscripts, huge Mughal carpets, miniatures and other royal knick-knacks. Don’t miss the red sandstone Hawa Mahal, a five-storey pleasure pavilion of 953 niches and balconies, windows and ornamental trelliswork. Less striking but more intriguing is the Jantar Mantar, an eighteenth-century astronomical observatory of enormous instruments that can calculate time to within two seconds. 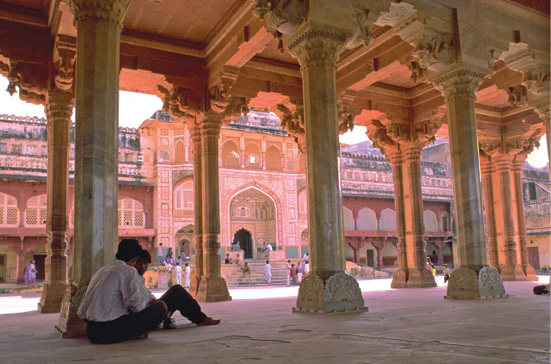 This is one of many splendid fort-palaces in Rajasthan, but you never tire of their gaudy splendour. The City Palace in Udaipur has a courtyard large enough to fit a parade of elephants, and massive bastions topped by a froth of balconies, pavilions and latticed windows. It gazes over Lake Pichola, where a marbled island houses a petite summer palace — now a hotel — that seems to float on the water. 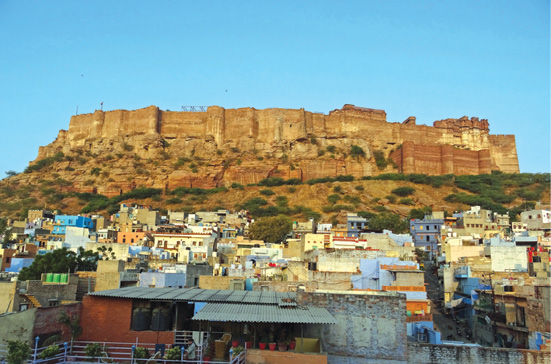 Jodhpur’s fort is surely the most impressive. It rises on a great lump of rock like a symbol of Rajasthan’s old power, menace and grandeur. It seems to be built for a race of giants, with huge walls and seven massive gateways, atop which residential quarters look absurdly fragile and dainty. It looks down on a jumble of flat-roofed, blue-painted houses that form a town that grew rich in medieval times on cross-desert trade in cattle, camels and salt. Today its markets are still filled with pyramids of spices, handicrafts and lurid textiles — joined more recently by hipster stores and cafs that make Jodhpur Rajasthan’s most trendy town.

Pushkar, between Jaipur and Jodhpur, is quite the contrast in scale to these magnificent cities. Stop over for a taste of rural Rajasthan. The desert oasis is one of India’s most important Hindu pilgrimage sites, centred on a lake surrounded by temples and ghats and white cubist houses overlooked by barren brown hills. In late October or early November, it hosts a huge cattle and camel fair as ferris wheels whirl, jugglers toss fire batons and Rajasthani bands trumpet and bang.

Travelling by road isn’t always easy, but your view onto passing villages, farmland and tumultuous town life is worth the often slow, bumpy pace. You never know what you’ll see next: a passing camel with painted toe nails, a sadhu beneath a tree, creaking bullock carts and teenagers zipping on motorbikes. 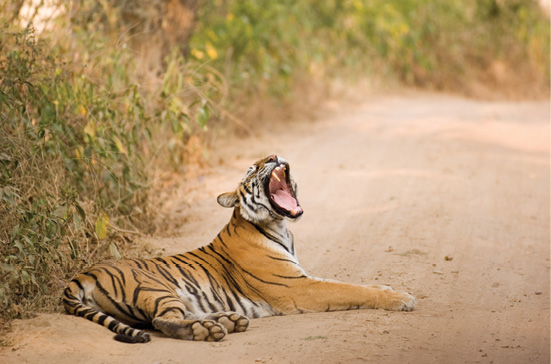 Head west and you have a long journey across stony plains where scraggy sheep nibble under thorny trees. Worth it, though, to see the medieval citadel of Jaisalmer appear like a magic trick, an exotic sandstone apparition in the desert. Towers and the former mansions of wealthy merchants are latticed and sculpted like giant wedding cakes along narrow streets in which time seems to have stood still for centuries. Carpets and embroidered cloth are still produced here. Soldiers swagger past, puffing on cheroots. Ladies’ ankles tinkle with bells, and men in red turbans sport splendid moustaches. Rajasthan at its magnificent, magical and colourful best.