Home  >  Magazine  >  Koh Samui or Phuket: which one should you pick?

Koh Samui or Phuket: which one should you pick?

Bonnie van Dorp escapes to two of Thailand’s most picturesque islands to help you make the right decision on which destination best suits your style of travel.

With its sweeping sceneries, white-sand beaches, crystalline waters and welcoming culture, Thailand has long been a favourite holiday destination among Australians. In fact, according to the Tourism Authority of Thailand, 768,668 Australian holiday-makers arrived on Thai shores last year. The country consistently appears in Australia’s Top 10 destination countries (according to official ABS figures) and currently sits in sixth place, sandwiched between China and Japan. With all there is to see and do, the hardest thing about travelling to Thailand is this; choosing where to go.

If it’s a tropical island getaway you’re interested in, then two Thai destinations may spring to mind; Koh Samui or Phuket. Both offer plenty of sun, surf and sand — but for time-poor travellers, it may be a challenge to choose between the two. Here’s a quick break down of the differences and similarities of each island to help you make up your mind. 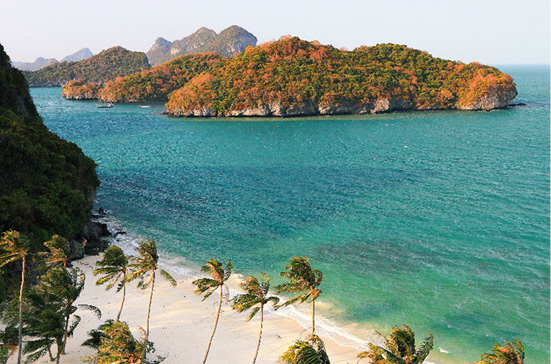 Charming and laid back, Koh Samui is sun-drenched days, soft sand between your toes and peaceful cat naps under a swaying coconut tree. There, you’ll find more street vendors and local night markets than air-conditioned shopping centres and high-rise buildings (check out the Fisherman’s Village in Bophut to bag yourself a bargain). For those hoping to feed their foodie souls (and bellies), you’ll find some of the best food in the most unassuming of places. Don’t overlook the humble streetside set-ups — you’ll be surprised by the quality and the flavours. If you don’t know where to begin, just take a look at which street stall has the most locals in it and you’ve got yourself the answer. Feeling adventurous? Head up to Lat Ko Point to find the best coconut ice cream you’ll ever taste. Look out for an unassuming van with the sign ‘Lamai Fresh Coconut Ice Cream’. Trust us, you will not be disappointed.

Despite common misconceptions about the island of Phuket, it’s not all just parties on Patong and regretful hangovers. Sure, there’s a pumping nightlife (if that’s your thing), but there’s also dramatic landscapes, jungle treks and deep-sea diving to be had. Remember, it’s called the Pearl of the Andaman Sea for a reason. But if you’re wanting to take a break from the beach, then hit Phuket Town for the day. From colourful street art to boutique cocktail bars, fusion dining to Sino-Portuguese architecture — there’s a lot to see and do. Of the two islands, Phuket is definitely the more developed destination. 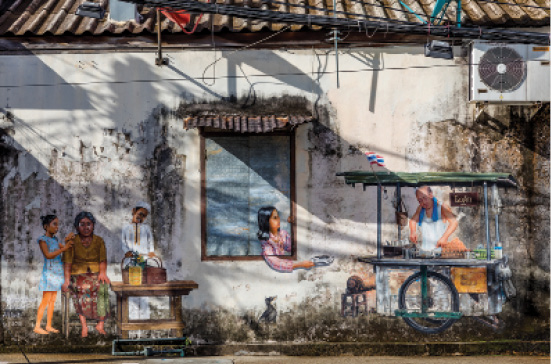 Both destinations provide a variety of accommodation offerings to suit both business and leisure travellers. From internationally branded resorts such as Outrigger, InterContinental, Four Seasons and Marriott, to beachfront villas, quaint traditional guesthouses and bungalows, Phuket and Koh Samui have properties to suit all tastes and budgets. Of the two, Koh Samui has more beachfront hotels and villas although, on average, they are slightly smaller in size. 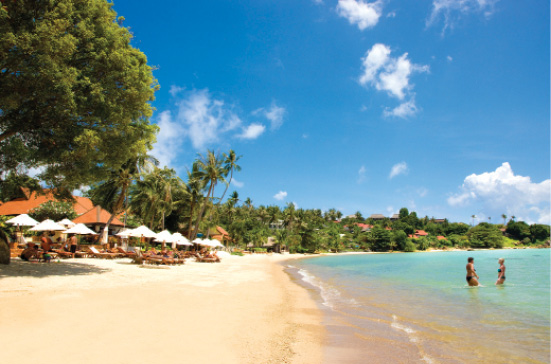 Of the two destinations, Phuket is easier to access than Koh Samui as there are more options; land, air and sea. Meanwhile, Koh Samui can only be accessed by way of air and sea and its airport is privately owned by Bangkok Airways.

We hate to say it, but it’s all a matter of preference. Both Koh Samui and Phuket are fantastic destinations in their own right. Phuket is a bustling island that has a lot of nightlife, massive beach resorts, and a number of day trips and activities to get involved in; while Koh Samui is a little more relaxed and maybe a touch more romantic (honeymoon anybody?). 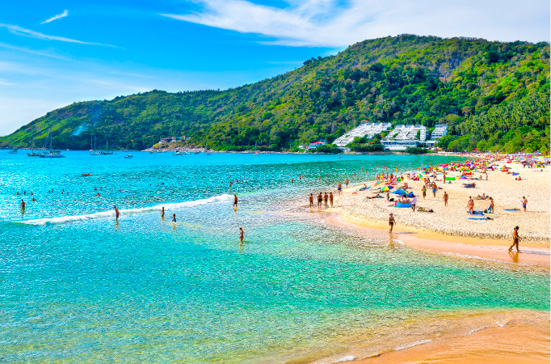 Stay: Cape Fahn Hotel is Koh Samui’s newest five-star property. Situated on a private island just 20 minutes from Koh Samui Airport, this ultra-luxe hotel boasts 22 pool villas with separate living areas, rain showers, bathtubs and ocean views. There are two restaurants on site: Hue, an all-day dining establishment with an international menu, and Long Dtai, which is headed by Australian chef David Thomson and serves up traditional cuisine. Guests can also visit the mainland of Koh Samui aboard a complimentary transfer from Cape Fahn Hotel that operates daily between 05:00 and 23:00, or wait until low tide to stroll across the private strait.

Play: Transport yourself to a mystical Siamese realm where ancient characters of local folklore and legend walk amongst the living. Tribhum: The Mystical Three Worlds is a 3D walkthrough adventure theme park. Make sure to check out Mechanism Thai Art: Naga Conquers Demon, which is a multi-media art installation the takes place four times a day.