Home  >  Magazine  >  Immerse yourself in an Eastern European Christmas

Immerse yourself in an Eastern European Christmas

ANASTASIA Prikhodko discovers the winter wonderland that awaits travellers willing to brave the cold and experience a white Christmas in the Baltics.

When it comes to choosing a winter destination for the Christmas and New Year season, thoughts of spiced mulled wine, fairy lights, and light feathered snow all come to mind. But for many there is also the feeling of wanting to experience something new, something away from the crowds — something unique.

With the backdrop of the iconic St Basil’s Basilica, surrounded by Kremlin walls, and with average temperate of -5C, the Moscow Red Square Christmas markets are sure to deliver the Christmas spirit with a touch of difference.

Each region across Moscow from 18 December until 14 January partakes in the festivities by offering 38 venues selling art, along with street shows and concerts, masterclasses on cooking and decoration, traditional food and souvenirs.

“New Year traditions (trees, decorations, Grandfather Frost — Santa’s Russian relative) in Russia are what we think of Christmassy in the rest of Europe,” said Intrepid Travel Regional Product Manager Russia Tara Kennaway. “Red Square has a New Year fair and there are markets and the most amazing Christmas decorations I’ve ever seen all around Moscow.” 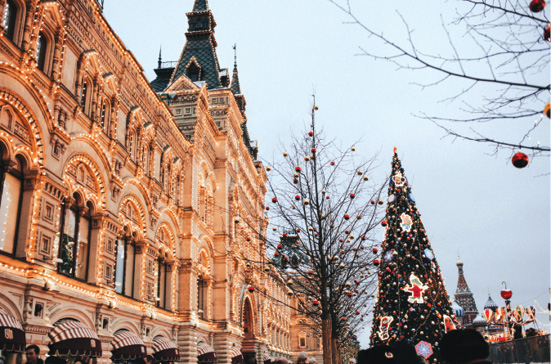 One of the ways to experience the festive atmosphere is with Intrepid’s Trans-Siberian adventure from Moscow to Vladivostok. The journey takes travellers through Russia’s vast landscapes, such as Lake Baikal, the wooden Romanov monasteries outside Yekaterinburg, the Old Believers village near Ulan Ude and the historical sites of Moscow. The itinerary also encompasses the Submarine C56 Museum in Vladivostok, New Year’s Eve Celebration at Lake Baikal, Lenin’s Mausoleum in Moscow and Kremlin & Armoury guided tour in Moscow.

“Since it was launched in 2014, this trip has consistently sold out departures and we typically have three over the New Year time,” Kennaway added.

While staying with a host family at Lake Baikal, travellers will get to toast the old year with a shot of vodka and the new one with a glass of champagne.

Just under four hours by train from Moscow is St Petersburg, with its own set of Christmas festivities. The most central and conveniently located fair — and usually the busiest — runs from 22 December until the 14 January. The Fair on Ostrovsky Square is bustling with gifts, sweets, pastries, warm clothing, figurines made of clay and metal, and jewellery. Another market worth visiting is the Christmas Charity Market in Annenkirche Church, located inside a burnt abandoned Lutheran Church, complemented by performances of musicians singing Christmas songs. 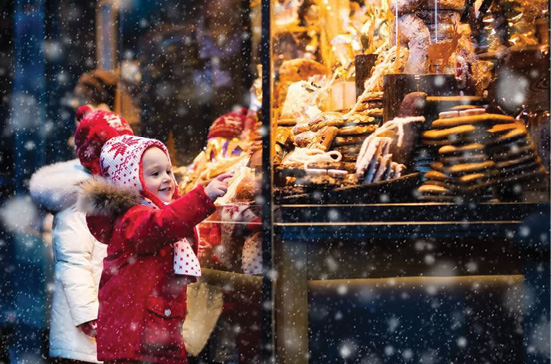 50 Degrees North’s eight-day St Petersburg & Moscow in Style — Winter, the most popular tour to get a true sense of Russia’s most visited cities, encompasses the nation’s cuisine, history and architecture. Highlights in St Petersburg include visiting the town of Pushkin to see Catherine’s Palace and park — once the official summer residence of Russian Czars, and Paul’s Palaces. The trip then continues to Moscow.

Additionally, the Glorious St Petersburg Visa Free tour is another popular option as it gives explorers 72 hours of visa-free exploring in St Petersburg, in which time they can get a taste of the markets, learn about the founder of St Petersburg, Peter the Great, and see the famous summer residence of the Russian Emperors, Peterhof: Grand Summer Palace & Park. Once time is up, guests will board an overnight ferry and wake up in either Helsinki, Tallinn or Stockholm — depending on their preference. “This is a great way of seeing both Helsinki and St Petersburg in any season,” said 50 Degrees North CEO and Co-Founder Tietse Stelma.

In addition to the overnight ferry and train service, travellers visiting the neighbouring Baltic state of Estonia could also catch a 50-minute flight from St Petersburg to Tallinn. During Christmas time the destination’s UNESCO Old Town is transformed into a Christmas marketplace with over 3,000 performers and where a Christmas tree, which for the first time in the world was erected here in 1441, stands tall. 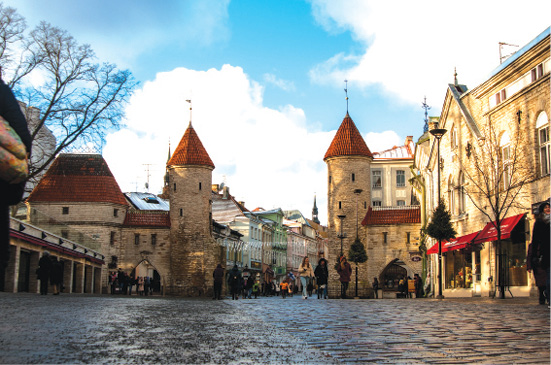 Tallinn is made up of endless cobbled street alleyways, distinct Gothic architecture and over 60 museums and galleries. The destination is also home to the production of marzipan, which started way back in Middle Ages. The modern era of marzipan began in 1806, when the Swiss confectioner Lorenz Caviezel set up his confectionery and after being bought and expanded, the place is now known as the Maiasmokk caf. Among seafood, another local delicacy is ‘vrtsikilu’ — spicy sprats, pickled with spices including black pepper, allspice and cloves.

Stelma said that more people are choosing for early December departures to take advantage of slightly lower airfares and the “magical quality of the Christmas markets in these destinations”.

“A winter visit to Russia or the Baltics is a great way of escaping the crowds that flock to these destinations in the summer months,” he said. “The colder months are also a great opportunity to enjoy local traditions, such as ice-skating and hot mulled wine to stay cosy and warm.”