RECENTLY restored and reopened to the public, visitors to Hillsborough Castle in County Down, can walk in the footsteps of those who brought peace to Ireland.

Over the past 300 years, the castle has been at the centre of Irish history, with stories of celebration, diplomacy and negotiation once confined with the walls, including the talks that led to the Good Friday Agreement, which brought peace to the region, and the Queen’s historic meeting with the President of Ireland, Mary McAleese, in 2005. 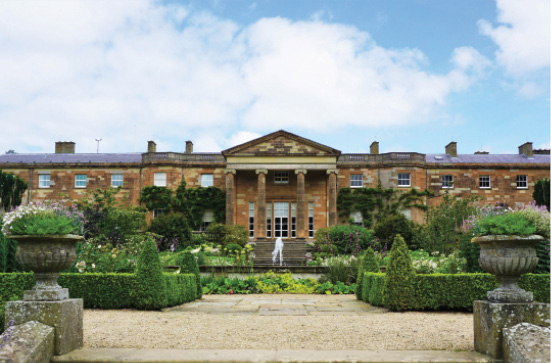 Now visitors can enjoy guided tours of the Queen’s official Northern Irish residence, with access to the Grand Throne Room, Lady Grey’s Study and the State Dining Room, among highlights. Originally the Hills family’s stately home, the castle is surrounded by 100 acres of manicured gardens, meandering waterways and picturesque glens, it was sold to the British Government in 1925.

A trip to Hillsborough Castle is a chance to follow in the footsteps of dignitaries including the Crown Prince of Japan, Princess Diana, Hillary Clinton, Eleanor Roosevelt and the Dalai Lama, and to discover Northern Ireland’s royal heritage.

Throughout the northern hemisphere summer, Hillsborough Castle will host events including Horrible Histories Live on Stage, a food festival and much more.