It seems like whichever time of year you go, the United States is always crowded, be it from tourists or the locals. Modern travellers demand the places to avoid the crowds while still experiencing the city, so here are four of the best, according to Myles Stedman.

Drawing its name from its location on the shores of Lake Michigan, this harbourside neighbourhood is frequently voted as one of the best big city suburbs to live within the United States. Despite being a few stops on the L north of The Loop, the city’s downtown area, you never feel as if you’ve left Chicago, with the population nudging 100,000 — the largest of the city’s neighbourhoods. LGBT travellers will feel right at home, with the Boystown enclave a noted “gaybourhood”, and the site of a pride parade each June.

Lakeview is also home to the city’s most popular sports team, the Chicago Cubs, who play at Wrigley Field in the Wrigleyville neighbourhood — a place you need not like baseball to enjoy, thanks to its bars on every corner. Watch them fill up on game day, as locals from the north side of town turn out to cheer on their team.

Belmont Harbour can also be found on the neighbourhood’s eastern shore — a popular destination due to its summertime boating and beach activities. If the outdoors is not your bag, the Belmont Theatre District features over 30 theatres and live performance venues, all located within walking distance of the Belmont L station.

Yesteryear is littered throughout Allston’s streets, in its famous three-storey houses and grandiose Victorian homes. The neighbourhood owes its nickname of Rock City to the titular music genre, which dominated Allston’s breweries and music venues in the 1960s, 1970s and 1980s, birthing bands such as Aerosmith.

Not dissimilar to some of the inner-city neighbourhoods of Australia, Allston’s high concentration of twenty-somethings and students studying at famous Harvard University, located in the north of the neighbourhood, has created tension with some of the longer-term residents, with nightclub, bars and house parties all commonplace along Allston’s main thoroughfares. 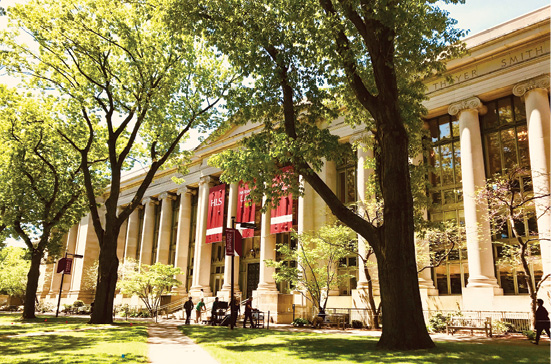 One cannot enjoy a trip to Allston without strolling around historic Harvard, set by the Charles River. The Ivy League institution is the oldest in the country, and its campus, bars and cafes are a must-see. Be sure to catch the football rivalry known simple as The Game — played once a year between Harvard and Yale.

Located in trendy Brooklyn, this dual neighbourhood is on the United States’ National Register of Historic Places, “deemed worthy of preservation” for its historic significance. Many only fleetingly visit this neck of the borough, whether it’s for a stroll around Grand Army Plaza or to take in a Brooklyn Nets basketball game, but that’s exactly why you should stay longer.

Brooklyn’s relatively recent turnaround has seen it crowned as arguably the world’s capital of gentrification; the neighbourhood contains many historical gems, such as its namesake Fort, which dates to the George Washington era. Fort Greene/Prospect Heights’ tree-lined streets and avenues full of iconic brownstones are mish-mashed with mid-19th century Eastlake and Italianate architecture, which makes for a hell of a stroll.

While the neighbourhood offers plenty of classic Brooklyn, such as hipster bars, cafes and street food, it is also home to the Williamsburgh Savings Bank Tower, now known simply as 1 Hanson Place, which hosts the famous Brooklyn Flea market, and even if window shopping is more your thing, take it from us, there is some absolute gold to be found here.

While most who visit Philadelphia for some history will head straight for the Liberty Bell or Eastern State Penitentiary, we encourage you to wander just outside centre city to this ritzy up-and-comer. Another district which has landed itself on the National Register of Historic Places, the park which shares its name with the neighbourhood is so old and historic that it was designed by William Penn, the man who planned the city, and who lends his name to the state of Pennsylvania. 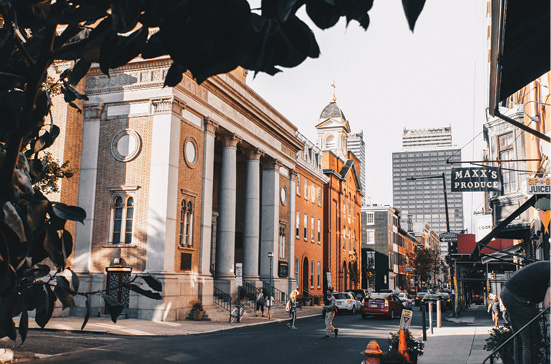 Those looking for culture in an otherwise grungy city will find it here. Located in the area is the Curtis Institute of Music, the Philadelphia Youth Orchestra and the Ethical Society. Among the highest-income urban neighbourhoods in the country, there’s always a chance to spot one of the city’s sports heroes eating out at one of its famous sidewalk restaurants, such as Parc or Lacroix. If you want to see the neighbourhood slightly more alive, you can’t miss it during the annual Spring Festival or the Fine Art Show, but never fear — most tourists will never make it this far southwest of Philly.