AT a time when global consciousness is engaging with sustainable tourism, Monaco is making sure it continues to do what it does best — the glitz and glamour of European high-life — while leading from the front in its commitment to reducing its global footprint.

With the threat of over-tourism looming large around the world, particularly in high-density destinations, the Monaco Convention Bureau has launched a new digital campaign and several initiatives surrounding responsible tourism. The goal of “green is the new glam”, spurred by H.S.H. Prince Albert II, is to be carbon-neutral by 2050.

The microstate’s minute size does not make the challenge of eco-friendliness any easier. One of the country’s crowning jewels, the Monaco Grand Prix, is not what most would describe as a typically “green” pursuit. What is, however, is the bi-annual EPrix — one of the stops on the Formula E tour, the only 100% electric international motorsport championship. The city-state has even committed to all public vehicles — bikes, cars, even boats — being either electric, hybrid or biofuel.

While all hotels are already eco-certified, the Monte-Carlo Bay Hotel & Resort has also managed a 30% reduction in energy expenditure in the past eight years. For local businesses who may not have quite the same capital to champion sustainable initiatives, “mission for energy transition” grants have been set up.

Monaco is demonstrating their mantras are not a sacrifice, but proof that a destination of international stature can be committed to both glitz and green. 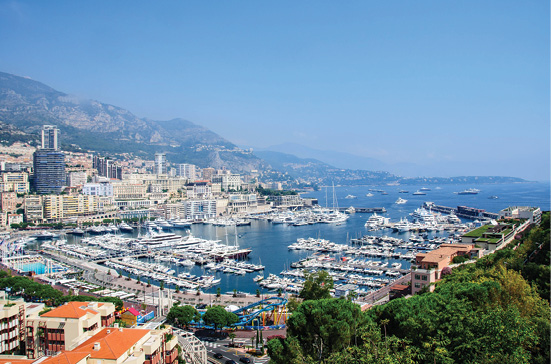