Home  >  Magazine  >  Globus shines a light on the Mediterranean

Globus shines a light on the Mediterranean

THE Globus family of brands has released a new “Undiscovered Mediterranean” series of tours for 2020.

The Undiscovered touring holidays are designed to take guests to the lesser-known gems of the Mediterranean, exploring secluded seaside towns and medieval alleyways.

The 2020 program has packed in 11 Undiscovered Mediterranean tours, including six new tours ranging from eight to 19 days. 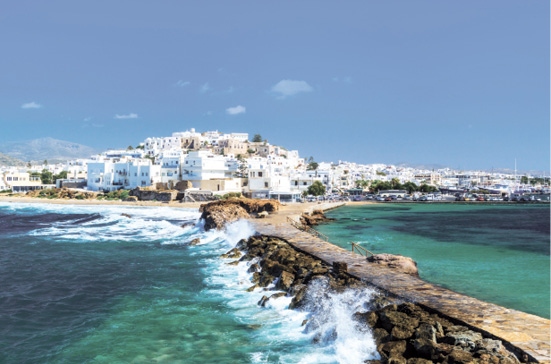 “From waking to the sounds of waves crashing on the shore to learning the secrets behind the places that launched a thousand myths, these Globus, Cosmos and Cosmo Lite tours get travellers to the far-away islands and untouched towns to see and experience the local side of life.”

New additions include the eight-day Greek Island Adventure, which whisks travellers away to Paros, a slower-paced island with the 4th-century Church of 100 Doors — a significant Byzantine ruins site.

Travellers will also discover Naxos and explore the labyrinth of Old Town while tasting the island’s ripe olives, buttery cheese and citrus-infused Kitron liqueur, along with Heraklion, where they can visit the Minoan art-filled Archaeological Museum.

The new “Undiscovered Mediterranean” tours are part of the company’s “Undiscovered” series of tours, with other destinations in the series including Italy and Great Britain.