ALMOST a year after restoration works commenced at the Louvre’s Galerie d’Apollon, the iconic room has reopened displaying the French Crown Jewels.

The collection started by Francois I in 1532, with successive monarchs adding to it until 1887, when the State decided to sell large parts of historical treasure, having previously been dispersed during the French Revolution before being brought by together by Napoleon I.

The Louvre has reunited 23 pieces including the Regent and Sancy diamonds, which adorned the crown of King Louis XV in 1722, Empress Eugenie’s jewellery sets and King Louis XIV’s collection of hardstone vessels. 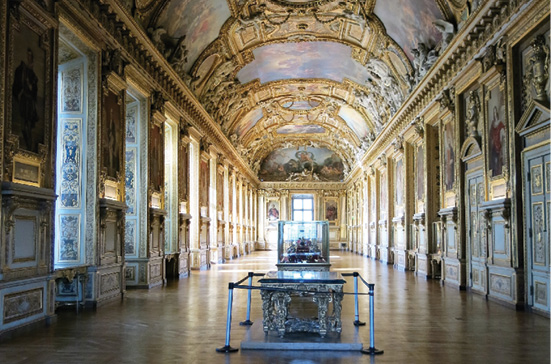