THE current climate of friendship between North and South Korea prompted Travel Directors to resume its tour program to the Korean peninsula. The 14-day North Korea: A HiddenWorldjourney links the remote Northern Chinese cities of Harbin, Shenyang and Dandong with the Democratic Republic of Korea (DPRK) by train.

The tour begins in the north east of China visiting Harbin, Shenyang and the city of Dandong — the eastern-most point of the Great Wall. Crossing into North Korea by train, the tour spends time in the North Korean capital Pyongyang, visits the historic Demilitarized Zone at Panmunjom and heads out into the mountains of Myohyang. One of the highlights of a visit to Pyongyang in September is the opportunity to attend the ‘Mass Games’ — a colourful cultural performance of gymnastics and dance performed by thousands of participants. North Korea: A Hidden World is a fully-inclusive 14-day tour departing Perth on 18 September and 01 October 2019, priced from $10,450pp twin-share. 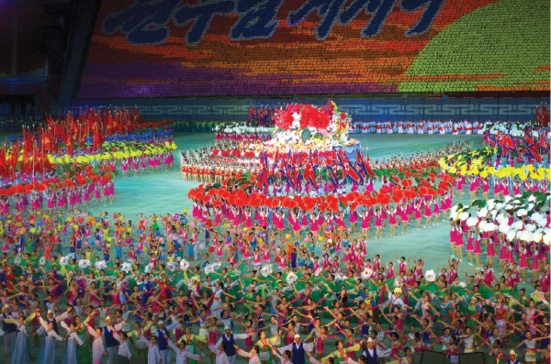 “We used to run a tour there until 2013, then it just became too difficult to sell — people being cautious,” said Powers. “[Then when we re-introduced it] in September 2018, the tour was full (22 people) and September 2019 is also almostfull, with a second departure set to be added if needed. It appeals to people who want to see DPRK before it changes, which it almost certainly will once relations with the outside world relax.”