JAPAN is often rated by Australians as a major bucket list destination, and while walking the bustling streets of Tokyo would no doubt be a memorable experience, there are many who would prefer to explore the Land of the Rising Sun at a much more genteel pace.

For those who only want to unpack once yet explore all Japan has to offer, look no further than Abercrombie & Kent’s 14-day Wonder of Japan sailing in June 2020, travelling through the prefectures of Shikoku Island, the medieval trading post of Karatsu, and picturesque Sado Island, as well as Matsue, Karatsu, Osaka, Kanazawa, Noshiro, and Sapporo.

Sailing aboard the exclusively chartered Le Soleal, the cruise is awash with shore excursion opportunities, with the option of taking a land tour daily which range from private performances by the world-renowned Kodo taiko drummers, to enjoying some Japanese art, and visiting the Chichu Art Museum.

Luxury can mean different things to different travellers, so if an all-inclusive cruise isn’t up your clients’ alley, they can whet their appetites at a number of Michelin-starred restaurants. Tokyo boasts more Michelin-starred dining options than anywhere else in the world so visitors will be spoiled for choice. For some of the best sushi in the world, head to Sushi Saito, or if you want to know more about every dish you’re eating, indulge at Ginza Kojyu, where the waiters will explain the specifics of each dish in great detail. And for those wanting the traditional Japanese kaiseki cuisine, you’re in luck as many Michelin-starred eateries serve kaiseki, with its beautifully prepared small courses and colourful ingredients. 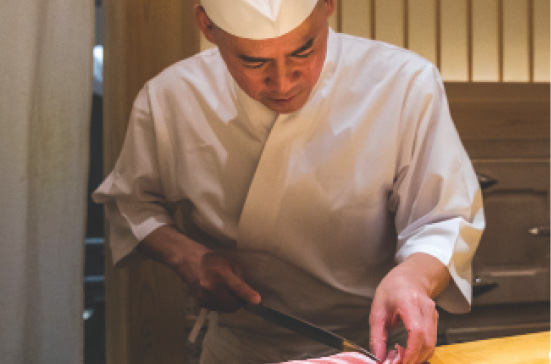