Put Rwanda on the Compass

The 11-day Remarkable Rwanda small group itinerary goes well beyond the African nation’s highly sought gorilla experiences, providing travellers with an opportunity to meet, learn and work alongside inspiring women who have helped reshape the country over the past two decades.

“To travel through Rwanda is unlike any other African nation,” said Crooked Compass founder & director Lisa Pagotto.

“A country so devastated by the genocide in 1994, where a large majority of the male population was wiped out, left behind a female heavy nation to cope with loss, grief and the unknown. A country that was deemed ‘ruined’ has re-emerged due to the resilience of the incredible women who dominate the population making this one of the most inspiring nations to visit,” Pagotto said.

“Rwanda has gone from ruins to riches and is now dubbed one of the safest countries in Africa and the most progressive leader in East Africa due to the skill and community rebuilding from the country’s women.” 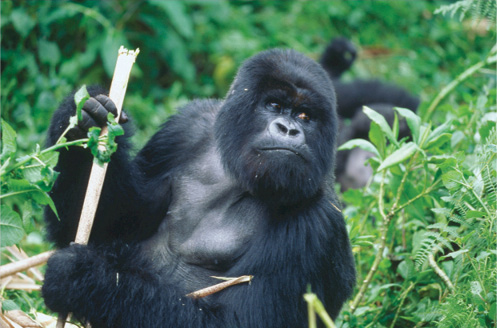 Naturally, being Rwanda, the tour includes viewing mountain gorillas, along with chimpanzee and golden monkey, safari animals and the land-locked country’s stunning scenery. Among the trip inclusions are a visit to the Gorilla Doctors, the Nyamirambo Women’s Centre in Kigali, the Gisoziand Ntarama Genocide memorial site, hands-on culturally immersive village experiences and more.

Accommodation on the trip is a mix of hotels, resorts, home stays and tented lodges, and the tour culminates with a two-night stay in Volcanoes National Park at Mountain Gorilla View Lodge.