Coast with the most

t’s an almost 5,000-kilometre adventure along Chile’s magnificent coastline. It starts among the hot deserts, pink volcanoes and bizarre rock formations of the north, but keep heading south and you’ll eventually find yourself amid glaciers and penguin colonies. The landscape diversity is amazing, and so is the sheer, mindboggling beauty.

If you begin in the far north, your starting point is Arica, tucked just under the Peruvian border. The town centre has a graceful charm and its Pacific Museum and cathedral are worthy sights, but it’s really the surroundings that count. The Azapa Valley is dotted with the ancient ruins of the Chinchorro culture, whose strange, giant animal figures are carved into hillsides.

Just inland is the Atacama region, the world’s driest desert, where saltpans shimmer at the foot of pinkish-purple volcanoes and convoluted outcrops of rock. That makes Arica a great outpost for adventurous travellers, who can head out into the haunting, sun-beaten landscapes on horseback, mountain bike or by four-wheel drive. Don’t miss the flamingo colonies and the salt pillars of the Valley of the Moon. 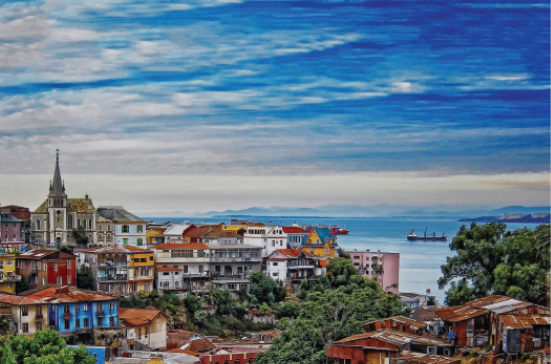 Further down the coast, Iquique lies on a huge bay surrounded by desert hills, and has grand avenues lined by colonial-era buildings. A string of powdery, white-sand beaches leads south for hundreds of kilometres until you arrive at the holiday towns of Coquimbo and adjacent La Serena, Chile’s second-oldest city, which boasts beautiful Spanish-era architecture and excellent seafood restaurants.

The Central Coast features surf, sun and a Mediterranean climate. Its most important city — and a frequent port call for cruise ships — is Valparaiso, from which it’s an hour’s drive inland through farmland and vineyards to Chile’s capital Santiago.

Valparaiso has a magnificent harbour overlooked by steep hillsides on which ramshackle houses cling — a San Francisco set against an Andean backdrop. Like any working-class port, it has a raucous and seedy nightlife and plenty of character, yet is World Heritage listed for its architecture. There are terrific city views from the top of the cable-car, from which you can wander back down to the harbourfront via rambling lanes and stairways. The old city is filled with sunlit plazas and shopping streets where you can hunt for ceramics, leather and jewellery made from native lapis lazuli.

The southern Chilean coast gets increasingly convoluted. It’s characterised by forested mountains cut through by rivers, with the odd fishing village linked only by boat to the outside world. Roads get ever narrower beyond Puerto Montt and eventually peter out in the wilds of Patagonia, so the region is most easily explored on a cruise. Ships from major companies such as Cunard and Celebrity Cruises sail here, as well as many smaller expedition ships.

Puerto Montt is a popular cruise port. Nineteenth-century German settlers first gave it its Bavarian-style architecture and rose-filled gardens. The alpine feel is reinforced by spectacular landscapes of emerald-green lakes, rivers and waterfalls, to which are added snow-capped volcanoes and virgin rainforest. Salmon and trout fishing, sailing, mountain biking and hiking make this a great active destination. 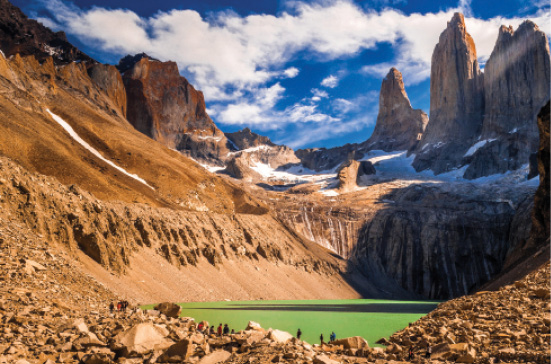 Some 100km southwest, Ancud is a seaside town on Chilo Island, where sea lions bask and penguins dive. It has a ruined Spanish fort and wooden village churches. Pink-cheeked locals have a distinctive culture and folklore derived from hundreds of years of isolation. Ancud is often a stop on cruise itineraries, as is Puerto Chacabuco on the mainland, one of Chile’s remotest towns.

You’re now on the Patagonian coast, a harsh, frigid wilderness with a scattered population and some of the world’s most pristine and rugged landscapes. Here blue-ice glaciers tumble into the ocean where the mighty Andes meet the Pacific in a stunning clash of landscapes. Huge granite cliffs, glaciers and deep fjords are best admired from the deck of a cruise ship, since this region is otherwise almost inaccessible.

Torres del Paine is an absolute highlight, not just of Chile but all South America. It’s one of the world’s most beautiful national parks, in which luxury eco-lodges take the hardship out of the wilderness experience. Lakes flaunt vivid azure colours thanks to their suspended minerals, glaciers glint, and jagged granite peaks thrust against the sky.

Punta Arenas, a major fishing and naval port, is the last town of any size in Chile. You can find out about the fascinating history of Patagonian and Antarctic seafaring and exploration at the excellent Museo Regional. The characterful town features weather-beaten old mansions and colourful houses built on the wool and gold booms of the nineteenth century. You’ve almost reached the edge of the Earth. There are ropes in the central plaza that you can cling to when the winds get up; wild and exhilarating, just like the whole coast. 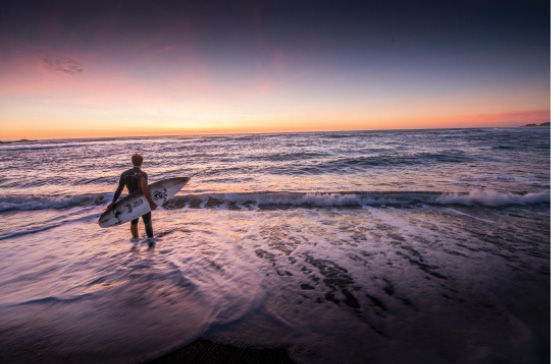