Club Med has embarked on an ambitious international development strategy that will see it open new ski resorts each year while aiming to boost its share of the Australian outbound ski market.

The group already lays claim to the title of the world’s biggest ski resort operator with more than 20 destinations in Europe and Asia and says it will increase that number as part of a wider development plan that will involve between three and five new Club Med properties each year until 2020.

Club Med Australia and New Zealand general manager Madeleine Clow-Suares said the group was aiming to grow Australasian markets by 50% over the next three years. 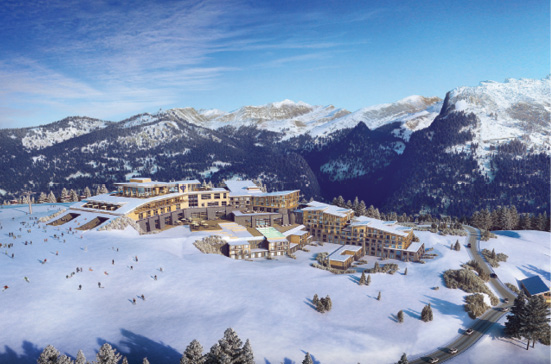 “These are ambitious targets which come in response to the strong appetite of Australians for the relaxing, active, social and carefree holidays Club Med offers,” Clow-Suares said of the all-inclusive concept.

The group’s current ski sites are located in France, Italy, Switzerland, Japan and China, and were added to recently with the opening of Club Med Tomamu Hokkaido in Japan and Club Med Grand Massif Samoens Morillon in the French Alps.

These will be joined later this year by the opening of Les Arcs Panorama in France, a modern retreat located within a forest close to high-altitude mountains and due to open in December. Club Med is also planning to renovate its Club Med Sahoro property in Japan which will be ready by November with updated rooms, bar and reception areas and main restaurant.

Discussions are also progressing for new openings in Tignes, France, as well as Valloire, La Rosire and San Sicario in the Franco-Italian domain Vialattea and Saint-Gervais, Montgenevre, France. Club Med says it will settle its first resort in Canada, in Charlevoix’s Massif, Quebec, and is continuing discussions on projects in China and South Korea.