WHEN it comes to taking off across the country on an exploratory caravan trip, it is the 55-plus age bracket who currently embarking on the biggest adventures, taking holidays that are 50% longer than the combined average of every other demographic.

Caravan Industry Association of Australia’s Hugh Fitzpatrick told travelBulletin that baby boomers not only contribute the most nights per year of any age bracket in the caravan space (24 million), but they also tend to seek out “every nook and cranny” Australia has to offer, resulting in great regional travel dispersion for the industry. 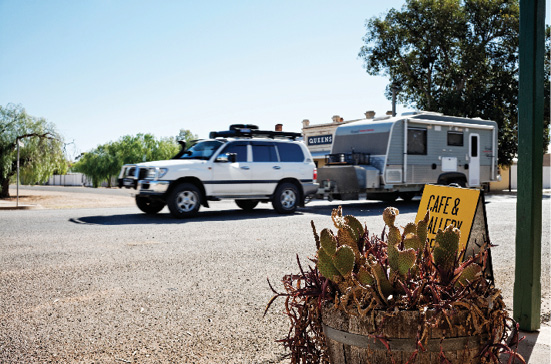 One of the more traditionally popular routes for senior caravan travellers has been an inland NSW artery linking Victoria to Queensland.

The route is especially popular “as the seasons turn” Fitzpatrick said, with grey nomads escaping “the colder and wetter weather for the summer sun, be it in a be it in a northerly or southerly direction”.

However more recently, Tasmania has proved to be increasingly fertile ground for baby boomers as access to the state continues to improve.

“We are seeing Tasmania as an incredibly sought-after destination and when the Spirit of Tasmania launches its two new ships in 2021, we expect to see an even larger take-up of trips to Tassie from caravan and camping travellers,” Fitzpatrick said.