AFRICA is globally renowned for its amazing safari tours and unique wildlife, but perhaps there is nowhere in the region that offers quite the diverse range of unusual fauna than Madagascar. Adam Bishop steps into the weird and wonderful world of this isolated wonderland to meet the many quirky inhabitants that call its forests home.

SHE tightens her grip slightly on the tree’s branch as the tour group meanders along the rugged trail. Her bulbous, unflinching eyes show no sign of wavering from the possible danger entering her secluded domain. A curious pup takes up her concern, swinging down from a nearby bough to join its mum in collective gaze before coiling an arm affectionately around her neck. Twitchy and zestful by nature, the ring-tailed lemur is also capable of maintaining moments of steely concentration. One awestruck tourist spots the pair and carefully reaches for her camera bag, but before it can be unzipped the duo of distinctive primates swing away from branch to branch, bouncing through the tree tops at lightning haste. One photo opportunity missed. But deep in the thick wilderness of Madagascar you can be assured there will be more to come.

Outside of its golden sandy beaches and fascinating tribal diversity, Madagascar boasts a swathe of national parks from coast to coast — all teeming with arguably the most intriguing collection of idiosyncratic wildlife on the planet. Most notably, more than 105 species of lemur call the island nation home, from the iconic ring-tailed variety renowned for its long black and white striped tail, to the distinctive red ruffed lemur found in the rainforests of Masoala in the country’s northeast. But perhaps illuminating the country’s reputation for faunal uniqueness most of all is the fact that approximately 90% of all animal species found in Madagascar are endemic. Naturalists have so far accounted for 300 individual species of bird, 100 different types of fish, and 297 separate species of butterfly, and it is this sheer heterogeneity of wildlife that has so many adventure tourists clambering to immerse themselves in the country’s sentient landscape — one that has been more than 88 million years in the making.

Located 150 kilometres from the capital Antananarivo, the Andasibe-Mantadia National Park is one of the most easily accessible nature reserves in the country, with safe road conditions available for travel throughout the year. Visitors are required to hire a local guide to explore the 155km forest, but once paired with an expert and trekking through park’s dense tropical beauty, adventurers are advised to be on the lookout for the impressive indri — one of the largest members of the lemur family. Standing at an average height of 70cm and weighing in at 10kg, it’s koala-like face is instantly recognisable, as is its peculiar sounding call which can be heard from the early morning until midday and once again in the late afternoon. Referred to as a babakoto in the local native tongue, the imposing black and white coloured primate generally traverses its habitat in groups and is considered a sacred animal by the Madagascan people. 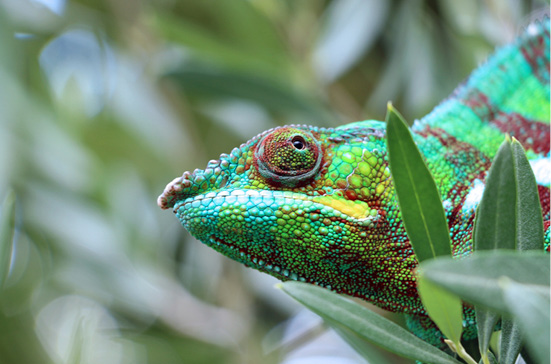 For birdwatchers, the Andasibe-Mantadia National Park is also home to more than 100 bird species, such as the cheeky rufous-headed ground roller, the peculiar looking long-eared owl, and the Madagascan Cuckoo-hawk, the last of which is often observed gliding between patches of trees and hunting small chameleons and geckoes on the forest floor.

One of the most popular woodlands in the country is the Ranomafana National Park, sprawling over a large mountainous terrain of dense humid forest and situated about 60km north of the city of Fianarantsoa. The reserve is characterised by numerous small streams which plummet down to the spectacularNamoronaRiver. Perhaps the park’s most famous furry resident is the critically endangered golden bamboo lemur, a species that laid undiscovered until 1986. As the name suggests, this shy variety of lemur subsists on a diet of giant bamboo shoots and is most active at dawn and dusk. The rare species travels in small groups of two to six and typically relocate up to 400 metres per day. 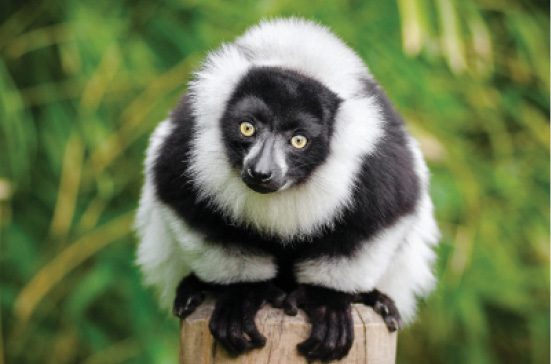 There are five different walking circuits for tourists to choose from in the Ranomafana, with the shorter journeys proving the most popular — especially during the high season. For those who have an advanced level of fitness and are seeking true immersion, there’s the Soarano Circuit, a two- to three- day 20km trek through the primary forest. This longer pilgrimage increases the chance of spotting rare wildlife and also offers a cultural visit to a pair of traditional tanala villages located deep in the heart of the forest. The Varibolomena Circuit on the other hand is the most traversed route in the reserve and can be completed in less than four hours. The walk can be made during the day or night and passes by a picturesque waterfall, an opportune location to search for the 98 separate species of frog which inhabit the park’s marshy wet regions. The Ranomafana is best visited during the dryer months of May, September, October and November.