A foodie’s guide to Thailand

FROM humble food carts to Michelin-star restaurants, there’s no better way to experience the Land of Smiles than through its diverse culinary scene, writes Dilvin Yasa.

t’s a rare person who hasn’t quivered at the sight of a steaming bowl of phad kee mao being placed before them and a rarer person still who doesn’t go weak at the knees of a week-long eating adventure in Thailand — a 513,120km2 wonderland of decadent royal palaces, tropical beaches, ancient ruins and yes, some of the best cuisine going on Planet Earth.

Travelling to the Kingdom just to gorge your way around it? Not only is it a thing, it’s an artform you should take seriously.

It’s easy enough to claim sorcery as the main influence of Thai cuisine (how else can you explain your dependence on Friday nights at your local?), but it actually has its roots in China, many mainstay dishes such as khao kha moo (stewed pork with rice) and kuai-tiao rat na (noodles topped with thick sauce) first brought across by first the Hokkien people in the 15th century and then the Teochew people in the 18th century.

Don’t make the mistake of thinking the food will be similar across the nation either; the cuisine is influenced heavily by neighbouring countries so that typical dishes in mountainous northern Thailand go heavy on aromatic spices and share dishes with Laos, Cambodia and Burma. Southern Thailand (bordering Malaysia, yet also influenced by Indonesia) is the place to go for eye-watering spice as well as curries which use liberal amounts of coconut milk, and eastern Thailand is influenced by its Vietnamese neighbours. The average diner will be most familiar with dishes hailing from central Thailand — just think plenty of coconut milk and rice as far as the eye can see.

You didn’t come all this way to eat Pad Thai, did you? A gastronomical journey from humble street stands to Michelin-star restaurants awaits for those ready to take the plunge.

With the cost of making fresh food far higher than anything you’re likely to find street-side, locals are far more likely to purchase their meals from a humble cart, a stall in the market or an old-school shophouse, and even the dingiest of alley ways and backstreets buzz 24/7 with sizzling street food options. 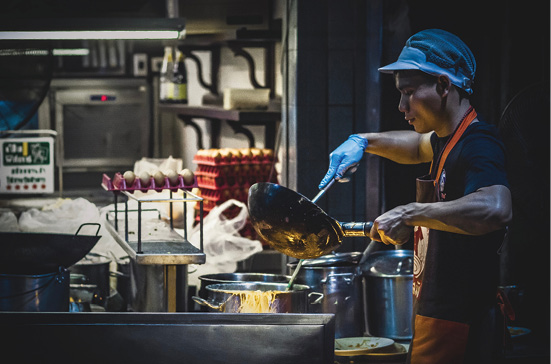 Street food culture has its heart in Bangkok of course, and a great place to start is in Banglamphu in the city’s old town, or Yaowarat (Chinatown), a district considered to be the birthplace of the popular style of eating and home to firm favourites Lek & Rut and T&K restaurants where barbequed seafood is king. Pad Thai Thip Samai is said to have the best pad Thai in Bangkok, while Elvis Suki is always busy.

Khao Man Gai (chicken rice), Tom Yum Goong (spicy seafood soup) and for those who are feeling brave, Gaeng Tai Pla (essentially, a fiery curry comprised of fermented fish entrails, fish, eggplant and bamboo shoot) are all great options to try, but remember to only ever order food from stalls with a long queue of locals waiting for a bite, order food at the busiest time of day when food isn’t likely to sit out in the heat, and watch that the vendor is handling and serving food in a sanitary way.

Let’s face it, you would have to be seriously unlucky to get bad Thai food at this price point (unless you’re ordering from a tourist-heavy restaurant with a menu written in English, that is). To save yourself any potential heartache, it’s a good idea to consult the Michelin Guide’s Bib Gourmand list which is essentially a list of places serving exceptional food for next to nix (58 eateries in Bangkok made it onto the list this year) and get thee to a tuk tuk. On the list? Baannai Hotel which serves old family favourites in a stunning Thai wooden house with decorated garden, and Phuket’s Mor Mu Dong, a rustic joint pleasing the masses with local seafood options. 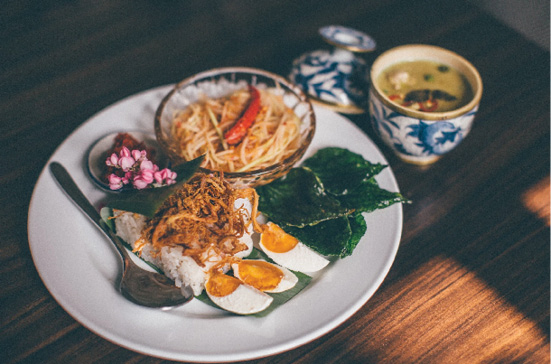 Just remember flavour profiles are a matter of preference so be sure to say ‘Mai pet’ if you’d like them to the be less generous with their use of chilli (no promises, of course).

You’ve eaten like a pig in a trough in the street of Bangkok and dined at the beachside cafes of Phuket, so now what? If you’ve got a few extra coins left in your pocket, you can head to one of 27 restaurants awarded a Michelin star in its 2019 guide (26 in Bangkok and one in Phuket) — 10 more restaurants with stars than the previous year.

Two-starred Suhring, continues to make some of the biggest noise with its German tasting menu, as does Gaggan with its focus on global fusion (an establishment also awarded two stars), but those looking for classic Thai fare with a fine dining twist need look no further than Bo.lan or Siam Wisdom, both Bangkok restaurants having received one Michelin star respectively for their creative takes on classic Thai cuisine. Heading to sunny Phuket? You’ll need a seat at Trisara Resort’s farm-to-table restaurant, Pru.

The great thing about Michelin star restaurants in Thailand of course is that they’re still ridiculously affordable — you can even get Michelin-starred street food from Raan Jay Fai, the street food crab omelette specialist — leaving you plenty of dough to shop, stay in five-star accommodation and live it up like a one-percenter. The land of smiles indeed. 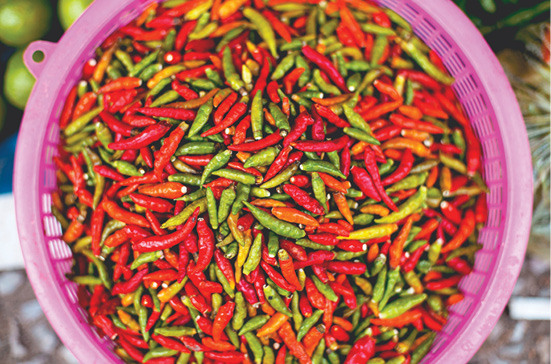